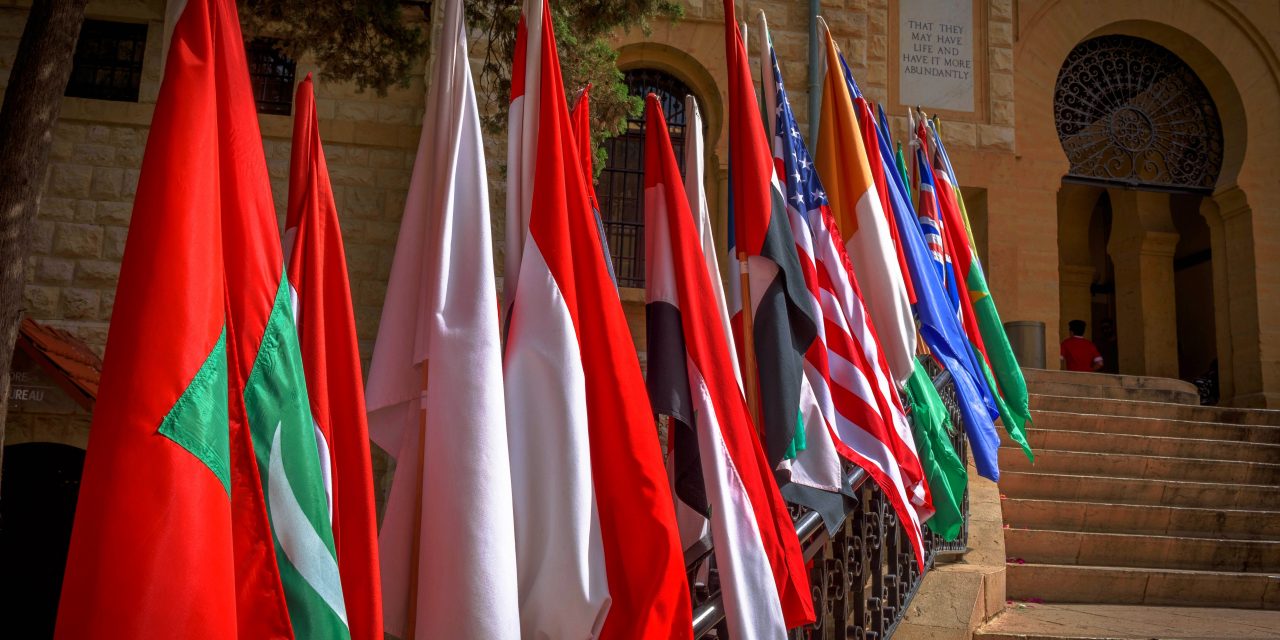 In 2007, I was a visiting professor at the American University of Beirut (AUB), arriving in the wake of the devastating 2006 war with Israel. Teaching a seminar on theories of international relations (IR) to AUB masters’ students forced me to address to challenge of making IR theory relevant and credible to a diverse group of students at a time of regional conflict. Some had participated in the 2005 Lebanese “Independence Intifada” that saw the evacuation of Syrian troops from Lebanon in the wake of the assassination of former Lebanese president Rafiq al-Hariri, while others were sympathetic to Hizballah and the resistance against Israel. Most had lived through the US-backed Israeli bombing campaign that devastated the country, and even those critical of Hizballah’s politics were opposed to the role of the US in the region, especially towards Palestine and the invasion of Iraq. How, then, could they not but be suspicious of the field of IR theory commonly viewed as an “American social science”? Many perceived it as simply an ideological expression of US interests and worldview that they had little use for.

I took to heart these suspicions and embraced the challenge of needing to learn how to teach IR theory to students in a way that would seem useful and relevant, and more critically, provide space for their particular experiences and voices. In particular, I felt they needed tools for understanding and reacting to what was going on around them in Lebanon and the region. Most IR and security studies scholarship about the Middle East, however, has been framed around questions that relate to the security interests and policies of the US and its allies. This has left scholarship detached from the challenges, threats, and interests of the people in the region.  I began to focus my teaching, as well as my own research, on identifying the sources of insecurity for different communities in the Arab region and, in particular, the role US interventions have played in generating insecurity. This experience eventually led me to shift from teaching seminars that offered a survey of IR theories to increasingly focus on teaching the diverse, often conflicting, narratives of insecurity and security developed within the context of the Middle East. After several years teaching at AUB, I would explain together with my AUB colleagues that we viewed that our IR research and teaching should instead address “local understandings of insecurity that recognize the destabilizing impact of recent US policy, and in which local actors might play a meaningful role in shaping practices of global governance.” In other words, rather than teach how American IR understands security issues and political order, we sought to teach students to understand how Middle East states and societies understand the sources of insecurity and possible forms of political order that could serve the people of the region rather than external actors. This approach inverts many aspects of American IR of the Middle East, as external actors such as the US become the major sources of insecurity rather than define the normative basis for order.

Teaching the United States in the Middle East

In 2017, near the end of my time teaching at AUB, I offered a seminar entitled “US in the Middle East.” We explored how US policy in the Middle East is not best explained by political science theories framed in terms of strategic interests. Rather, in practice it is shaped by cultural and ideological constructions, domestic political factors, and the actions of diverse non-state actors, such private firms, the media, think tanks, and religious groups. In the wake of the election of Donald Trump, these insights, which I mostly teach through historical case studies, became even more essential to teaching about US foreign policy. I was, however, dumbfounded about how to “explain” US policy under Trump as there was yet any academic scholarship about what seems such an incoherent foreign policy. So for the last weeks of the course I asked students to work in groups to develop their own research projects about US policies relating to the Middle East (and Middle Easterners in the US) during the first year of the Trump administration. In a sense, I was having them begin the effort of “theory making” and knowledge production about US policy in the Trump era. They ended up teaching me a lot.

Much of American IR scholarship and policy debate about the US towards the Middle East was, and still is, framed by the parameters faced by the Obama administration about how to rebalance the American military position while maintaining leverage. Trump’s policies were often viewed as erratic, an unsustainable aberration. But a striking insight that came through these student reports about a range of policies and topics was the likelihood that policies at the time viewed with shock (even by many US diplomats) as outside the accepted range of policy options and violating existing norms were, in fact, likely to persist through and beyond the Trump administration. The students were not seeking to make predictions, but their analysis was able to see clear lines of continuity from past US policies across several decades, from Palestine to backing repressive regimes and to selling weapons and caring little about humanitarian crises across the region. At the same time, the racial politics of US foreign policy, only recently recognized in American political science, was easy for them to see. They recognized the deep support for such views in domestic US politics and thus these views were likely to shape US policies beyond the Trump administration. With declining influence and diminished strategic interests in the region, future US presidents would likely have little interest in reversing US policies, such as on Palestine, Syrian refugees, or the selling of weapons to repressive regimes, based on such a hostile view of Arab societies.

Before arriving at the American University in Cairo (AUC) as a political scientist in 2019, I had the opportunity to teach writing for several years at the American University of Beirut (AUB). In this capacity, I would try to choose themes with which I thought my students would be unfamiliar. Part of this was to introduce them to something new, but another part came from the discomfort of teaching the Middle East in the Middle East as someone who is not from the Middle East. Because of this unease and my previous training in central African history, one year I focused on sub-Saharan Africa. I was excited to get the perspective of Lebanese students with family members who comprised part of a substantial Lebanese diaspora in different African countries. As a recent collection of testimonies from African students at AUB has shown, I discovered that attitudes on sub-Saharan Africa in Lebanon, like elsewhere, can often fall into racism and anti-black sentiment.

While the course’s core materials were vehicular in the sense that the learning objectives were more to do with rhetoric and composition than with African history, I found it fruitful to think together about the civilizational discourses that underpin western images of both Africa and the Middle East. We read more sensationalist writing like Robert Kaplan’s racist depictions of West Africa focusing on “scarcity, crime, overpopulation, tribalism, and disease” together with Ibn Battuta’s account of his time in Somalia, where he preferred to sleep on his boat rather than stay in Zeila, which he described as “the dirtiest, most desolate and smelliest town in the world.” Students were able to draw unprompted parallels not only between Western depictions of Africa and the Middle East, but also between these depictions and some of their own thoughts about Africa south of the Sahara.

As a political scientist, this focus on civilizational discourse has returned to my teaching in unexpected ways. I am now incorporating this theme into our core introduction to political science course as an important part of the discipline’s history, which in many ways was built on concerns of imperial management and notions of racial hierarchy – ideas that resurface in some of the democratization literature. This is especially exciting for me, as this aspect of the discipline’s history was not part of my own training as a graduate student.

Finally, at AUC I am preparing a course on African politics, as part of an effort to build a comparative politics specialization in a department that has a focus on Egypt and the Middle East. This raises certain questions about geographical divisions, as there is a tradition in both the discipline of political science and area studies of separating Africa by way of the Sahara, treating the component parts as belonging to separate and distinct regions. I think this division would seem natural to many students here at AUC who tend not to think of Egypt as African, but including North Africa in a course on Africa might help trouble these distinctions and encourage unexpected comparisons. 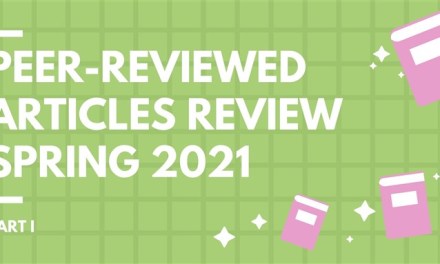 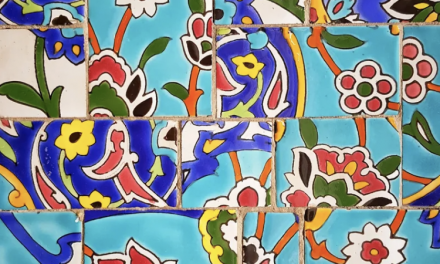 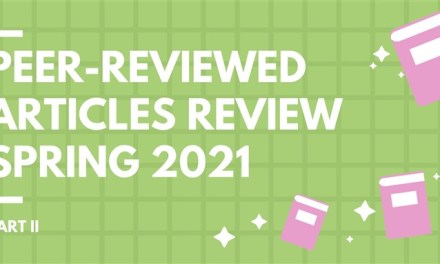 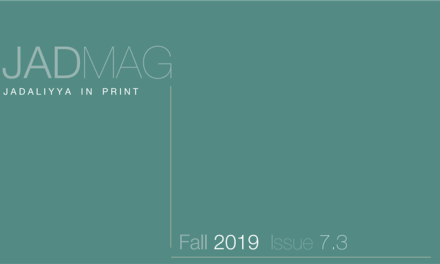