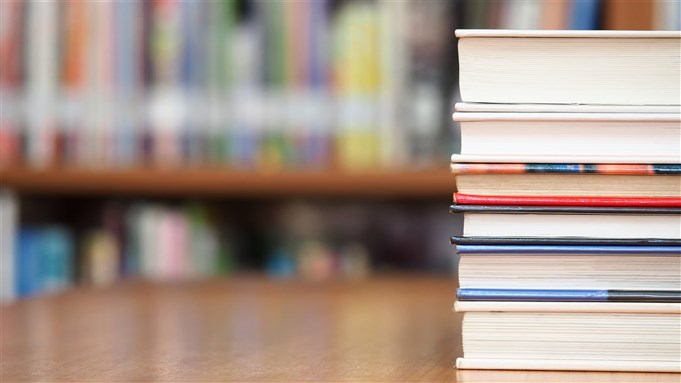 As the Ethnic Studies Model Curriculum (ESMC) makes its way through the California Department of Education (CDE) for approval, many of us, Arab American scholars, teachers, students, parents, and concerned community members hold our breaths.

California educators have been campaigning for ethnic studies to be taught in K-12 schools for years. The ESMC will provide a framework for districts and teachers to develop ethnic studies courses in their schools. Ethnic studies emerges out of the anti-racist and anti-colonial struggles, philosophies, and student and social movements of the 1960s and their antecedents. It is a robust academic discipline that begins from the understanding that race and racism are powerful forces shaping American and global life and politics. It is also unquestionably linked to increases in positive personal, academic, and social outcomes for students. The addition of the ESMC to the standard curriculum is intended to “educate students to be politically, socially, and economically conscious about their personal connections to history.” The ESMC addresses the impacts of and responses to various and interrelated forms of oppression on Native American, African American, Asian American, and Latinx/Chicanx American communities, from their own perspectives. However, as a core and constitutive element of the Asian American studies curriculum, Arab American studies may be expunged from it. We are again made dispensable.

Arab American studies starts from the assumption that Arab American lives are worthy of study, along with the historical conditions that structure and inform their experiences. Our histories and experiences of racialization, school-based discrimination, political repression, war, displacement, and agency need to be represented and understood from the perspectives of Arab Americans themselves.

At stake in this debate are four main issues: the continuing and false conflation between anti-Semitism and anti-Zionism; critics’ inability to recognize in any substantive way what Zionism has done and continues to do to Palestinians and Arabs; the CDE’s willingness to cede curricular decisions from ethnic studies authorities to pro-Zionist ideologues and institutions; and the CDE’s willingness to suppress and silence diverse Arab American histories, experiences, and cultural expressions to appease these groups, reinforcing institutional anti-Arab racism already endemic to California school curricula.

Ibram Kendi reminds us, “Denial is the heartbeat of racism.” And it beats loudly. Our present is another iteration of the American racial project. So is the current California standard curriculum.

Critics of the ESMC argue it is a politicized document, presumably unlike the standard curriculum. However, a cursory look at California Public Schools’ existing History-Social Science Framework, that guides what is currently taught in K-12 schools in the state, demonstrates how absurd and inaccurate representations of Arabs still circulate and remain dominant. It is this curriculum to which the ESMC is a response. The standard curriculum is overwhelmingly EuroAmerican-centric, pro-Zionist, and anti-Arab. It argues, like American foreign policy, for the necessity of Zionism and Israel as a Jewish-only and exclusionary state, dehumanizing Palestinians and Arabs in the process.

Arab Americans of any nationality, and as a racialized group, do not exist in the standard curriculum.

In tenth grade, students encounter Palestinians, who are only mentioned twice in the entire curriculum. They are referred to once as refugees without explaining how or why they became refugees and are immediately associated with “recurrent use of terrorism.” Israeli apartheid, occupation, and illegal settlements are not mentioned, nor are the billions in US financial and military aid and tax-deductible donations that sustain them. Israeli and American policies are not scrutinized; they are substantiated.

The European Zionist movement’s settlement and colonization of Palestine beginning in the nineteenth century to create a Jewish-only homeland is not mentioned in the curriculum, nor the planned and executed ethnic cleansing and expulsion of over 750,000 Palestinians by Zionist paramilitary forces in 1948. This is the Palestinian Nakba, their past and the ongoing catastrophe that is omitted.

Palestine is mentioned twice, both times as a British Mandate until it “expired in 1948, [and] David Ben-Gurion established the Jewish state of Israel…and achieved independence.” The neighboring Arab countries responded by launching “an invasion of the newly declared nation.” As a result, “Tensions between Israel and its neighbors remain high, especially over a Palestinian state…and Arab recognition of Israel.”

In this story, Israel, like other post-mandate nations emerges, but gets attacked by Arabs, and survives. This is essentially the Zionist anti-Arab and anti-Palestinian narrative today. In reality, hundreds of Palestinian villages were destroyed and about one-third of Palestinian refugees were dispossessed by European Zionist-settlers months before Ben-Gurion’s declaration, before any international assault. In this story, foreign colonizers become native casualties. Palestinians and Arabs become impediments to Israeli and American freedom.

Arabs are portrayed as antithetical to humanity in the curriculum. Arabs and Muslims exist and contribute in the ancient past, up through the middle ages, though disappear in supposed decline before the “Enlightenment.” In seventh grade, students learn about “Arab culture” that is described as homogeneous, patriarchal, warring, oppressive towards women, and racist towards West Africans. They reappear in tenth grade in the era of nation-states consumed in “territorial disputes,” Shi’a-Sunni religious strife, as “authoritarian regimes,” irrational Islamic terrorists in the Cold War and September 11, and as “Exacerbating the West’s relative decline.” In its “Teaching the Contemporary World” Unit, wars in Afghanistan and Iraq are framed as inevitable consequences of “a contemporary ‘clash of civilizations,’” undoubtedly vindicating European and American imperialisms.

Curricular caricatures like these naturalize American policies that suppress and contort the lives of Arab Americans. The United States tries to erase communities and dissenting views by criminalizing them. Nixon’s Operation Boulder outlined his administration’s policy to surveil, harass, investigate and intimidate Palestinian and Arab Americans, students and activists, over their political views in an extension of COINTELPRO. In 1987 the LA8, student-activists advocating for Palestinian liberation were unconstitutionally targeted for deportation, during which an INS “Contingency Plan” to register and detain thousands of Arabs and Iranians in Oakdale, Louisiana was disclosed.

Exploiting racial hatred and paranoia after September 11, hundreds of thousands of Arabs and Muslims in the United States (and those perceived to be) were registered by federal authorities, or rounded up in large sweeps, resulting in devastated communities, separated families, hate crimes, detentions, naturalization revocations, and tens of thousands of deportations. This further linked immigration to the “war on terror,” as immigration agencies were consolidated into the Department of Homeland Security. The virility of American racism and empire fueled and readied the nation to invade and perpetually occupy Afghanistan and Iraq.

Today, “shithole countries” and other slurs justify Arab and Muslim bans and racism towards non-White asylum seekers, refugees, and immigrants. Operation Boulder is rebranded as countering violent extremism (CVE) programs. These programs tie the organizational funding of participating social service agencies to the infiltrating, racial profiling, and reporting of Arabs, Muslims and migrant communities of color as potential threats to federal authorities. Poverty is legitimized and public services are sacrificed and privatized, justifying soaring military budgets and a war on terror that buttresses and profits off criminal regimes, terrorizes Yemenis, Iranians, and Filipinos, attacks indigenous sovereignty and community activists, and oppresses people of color through militarized borders and policing, hyper-incarceration, and hyper-deportation.

Arab American and Asian American studies are responses to the sanctioned political demonization and scapegoating of our communities normalized by our educational systems and curricula. These fields illuminate the interconnectedness of racist foreign and domestic policies and the varied responses of our communities to their racialization. They unravel, question, and challenge the powerful lies and assumptions undergirding the policies and rhetoric of our past and present. By inserting Arab American lives into the ESMC, students are given the tools to begin to critically assess the relationship between racism, policy, and lived experience.

The Arab American curriculum in the ESMC is needed now more than ever as a corrective to California’s standard curriculum. Students will learn definitions and differences between “Arabs,” “Muslims” and the “Middle East,” about Islamophobia and the anti-apartheid BDS movement, evaluate diasporic Palestinian and Iraqi hip hop, explore the reasons for Middle Eastern (i.e., Southwest Asian) and North African migration to the United States over the last 150 years, and analyze diverse transnational and multigenerational narratives of Arab Americans. Palestinian-American congresswoman Rashida Tlaib and Yemeni-American farm worker and labor organizer Nagi Daifallah are included as narrative examples. This is a needed start.

The antidote to racist education is anti-racist education, not further censoring our histories to satiate Zionist comfort. Removing the Arab American curriculum from the ESMC is a denunciation of Arab Americans and all students demanding access to accurate and relevant curricula that reflect and activate their diverse histories and identities, who crave alternative visions for the future where they are not seen as perpetual enemies from within, or victims in need of saving, but as protagonists in the struggle for an anti-racist education and world.

Erasing Arab American histories and movements as the litmus test of a public education underwrites an indefensible status quo. A curriculum that does not bear the pain and promise of those demanding freedom and dignity does not serve humanity. If ethnic studies is conceived as a humanizing project, the CDE will disfigure it and this supposed education into nothing but a dream deferred.

In an Asian American studies 2006 special edition on Arab American studies, Ibrahim Aoude asked a question California’s Department of Education should consider: “How could Ethnic Studies/Asian American Studies examine race and ethnic relations and arrive at proper conclusions about the state of those relations in the U.S. if it ignores one of the most vulnerable ethnic groups that have been subjected to racial discrimination?”

A sober response by the CDE that supports the current Ethnic Studies Model Curriculum with Arab American studies is sorely needed. 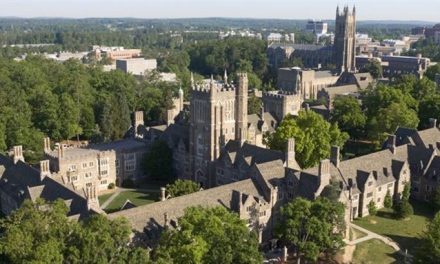 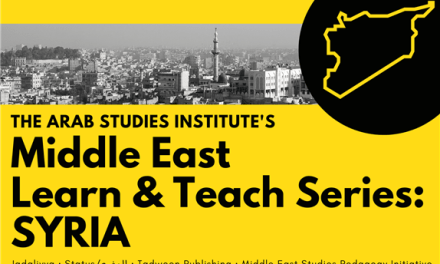 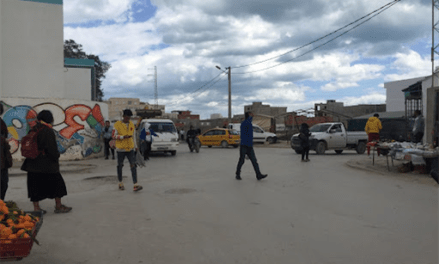 Fieldnotes from Bhar Lazreg: Research Methods from the Margins of Tunis