Syria: Donor Conditionality, Sanctions, and the Question of Justice 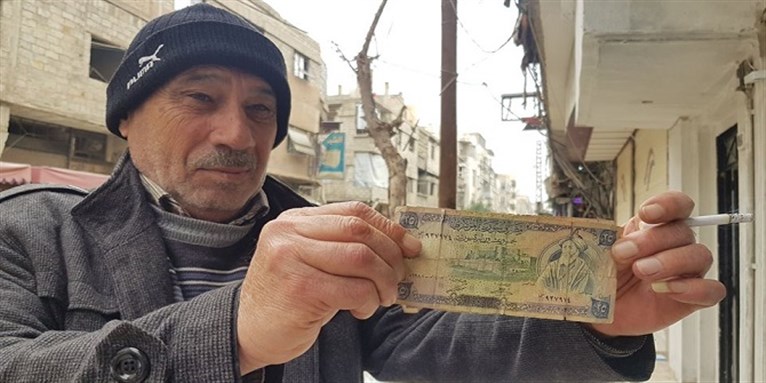 The question of donor conditionality and how it could be used to influence behavior and promote respect for human rights and political inclusion has increasingly gained importance in debates on Syria as the conflict shifts to another stage. In this transition, many have raised hopes that conditionality can succeed where other means have failed.

The most obvious problem with this in the Syrian case is that the above notion of peace conditionality assumes it is used for peacebuilding, not peacemaking. Peace conditionality is supposed to follow from negotiated peace accords between relative equals, not a near total victory by one side. Peace accords are statements of declared intent by the different parties to reduce or end the conflict, advance processes of reconciliation, transform governance structures, and commence measures for justice and accountability, as well as economic reconstruction. Even at their best, peace accords are aspirational. They may or not be translated into actual policy, and it is hoped that conditionality would provide sufficient incentives to do so. What happens, however, when even those lofty and aspirational statements do not exist? If the victor has not even declared the commitment to make peace or initiate processes of justice and reconciliation, what is there to incentivise? Quite simply, what was not achieved through the conflict will not be achieved through conditionality.

On the other hand, the changing regional political landscape and shifting alliances are further dragging the geopolitical scene in Syria away from where it was in the 2011 to 2016 period. Internally, the conflict has empowered the warlords and the well connected, amidst staggering levels of death, destruction, and displacement. Regardless of who claims victory, Syrian society as a whole has lost. Can this reconfiguration provide an opening for an engagement of a different kind, peacebuilding without a formal peace?

Perhaps, but only if it is accompanied by broader political initiatives, during which there is a desire to rethink previous modes of engagement and binaries that prevailed during the war and consider the needs and voices of Syrian society–all Syrian society, whether inside or outside the country. Here broad-based economic sanctions must also be reconsidered. At this point they seem to only serve a punitive purpose, but against the wrong people. Broad-based economic sanctions have significantly damaged the Syrian economy, negatively impacting ordinary people and exacerbating the war economy. As far back as June 2012 the United States Department of Agriculture identified how sanctions negatively impact food security in Syria in its Commodity Intelligence Report:

Similar negative effects have been found by others including the United Nations Human Rights Council Special Rapporteur’s September 2018 Report.[1] Sanctions have not caused the humanitarian crisis in Syria, but they worsen rather than improve the situation of Syrians. Sanctions empower the well connected while others suffer.

Peace conditionality can continue by considering the needs of the millions of refugees languishing in Syria’s neighboring countries. It needs to continue to consider processes and initiatives, even at the local scale, that can enable and further justice, accountability, equality, voice and representation for all Syrians, regardless of political perspective or declared loyalty. What medium to long-term processes will allow Syrian society to revive itself, and empower itself to achieve agency over its own future?

In March 2019 it was eight years since Syrians took to the street to ask for a just and equitable society. Though they are exhausted by war, the question of justice remains more relevant than ever. Eight years ago, demonstrating Syrians raised the slogan “the Syrian people know their path.” For the devastating price they have paid for this demand, they should have a chance to voice their agency over their own future and once again know their path.

[This article was originally published on the LSE Conflict Research Programme website.] 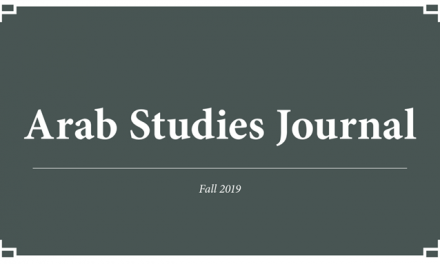 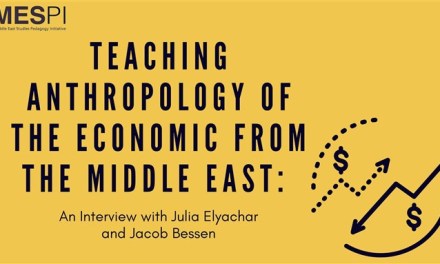 Teaching Anthropology of the Economic from the Middle East: An Interview with Julia Elyachar, by Jacob Bessen 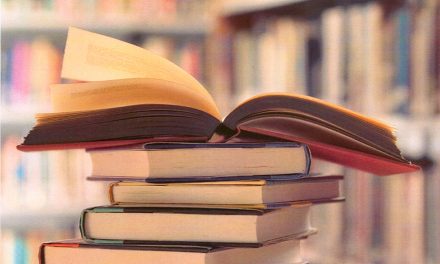 Who Told You History is an Open Buffet? On Facts, Fiction and Absence in the Archives