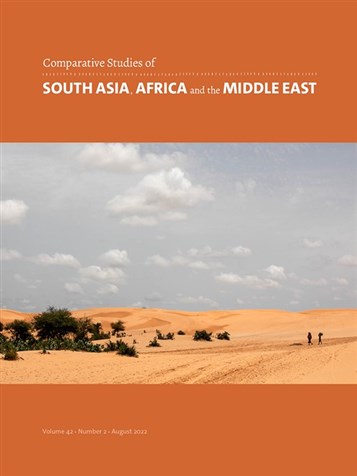 Jadaliyya (J): What made you compile and edit this special issue?

Elleni Centime Zeleke and Arash Davari (ECZ & AD): The first line in Elleni’s book, Ethiopia in Theory, says “This book tells a story of how to tell the story of revolution in the Third World.” In that book she was primarily concerned with finding a method for how to talk about the experience of revolution—how it remains with us as a set of memories, a bodily experience, an affective experience, and also a political experience. She was trying to capture all of that at the same time, rather than simply write a history of revolution that looks at “the political actors” or has an evolutionary perspective on “the anatomy of revolution.”

When she finished Ethiopia in Theory, she felt alone, in a kind of isolation, and she wanted to know who else was doing the work she was doing. She knew they were out there, but she needed to find them. “Third World Historical” was an attempt to find fellow travelers. When we put out the call in early 2019, for Elleni, it was literally a way of asking: “Who else is doing this kind of work?” The amount and kind of responses and feedback we received were pleasantly surprising. People took the question—of how to tell the story of revolution in the Third World—in directions she had never imagined. She came to realize she was not just interested in the question of method but also in the question of form, which is why the project took on the shape that it did, exploring and experimenting with different types of forms—from standard academic articles to dialogues with academics and artists, a forum, and experimental writings.

Arash began “Third World Historical” searching for a way to figure out how seemingly peripheral revolutions, like the 1979 revolution in Iran, could inform and shape grand ideas like the concept of revolution. It was a technical exercise at first, a kind of demonstration of mastery at the level of concepts. As a child of former revolutionaries, he was initially inspired to take up academic research by the spirit of revolutionary practice and politics, and yet to get through the academic gauntlet, he felt he had worked hard to unlearn (or at least deny) many of those feelings of attachment and commitment. Academic work seemed to also demand the work of disciplining oneself into setting those attachments, commitments, and feelings aside.

Meeting each other at Whitman College, where we developed a friendship and shared a longstanding and ongoing intellectual conversation, then reading Ethiopia in Theory, gave Arash a language and a fellow traveler that reminded him of what he had worked to forget in order to measure up to the expectations of academic scholarship as a profession. This project, then, is an inspired act of remembering the spirit, ethos, and feeling of revolution, long after a revolution has technically passed. The introduction captures a friendship and camaraderie in its making and its formal composition, just as much as it is about the feelings of friendship and camaraderie that make for revolution.

J: What particular topics, issues, and literatures does the issue’s introductory article address?

ECZ & AD: As the subtitle “Rethinking Revolution from Ethiopia to Iran” suggests, we understand the historical relationship between Ethiopia and Iran as one of movement, not conjunction. The process of writing this article was also a movement for us. With respect to the anticolonial revolutionary projects of the 1960s and 1970s, we moved from a position of recovery to one of engagement and critical conversation. Over the course of this project, we became increasingly concerned with an intellectual posture that, in attempting to recover anticolonial histories and write against their erasure, too easily fell into a crude oppositional politics, one that seemed to condone any state project that took an anti-imperialist position in the international order.

As world historical phenomena tend to do, our intellectual and political movement corresponded with developments in present-day Ethiopia and Iran—the war in the Horn of Africa, the closure of reformist politics in Iran. We could not simply ignore these phenomena. They call for intellectual work that imagines a world beyond anti-imperialism as state sovereignty, pure and simple. Instead, we are compelled to seriously consider a vision for substantive democracy. How can we imagine a project that is equally anti-colonial and anti-imperialist while also enacting a commitment to democracy? That became our question.

The literature that we brought to this conversation is a bit different from what contemporary scholarship normally entails because of Elleni’s training in the Graduate Program in Social and Political Thought at York University in Toronto, where she was steeped in a critical theory tradition that included Kant, Hegel, and Marx. “Third World Historical” is an attempt to drag attention away from the sociological literature about revolution that prevails in the United States to the spirited philosophical questions posed by a thinker like Walter Benjamin. Arash shared this critique of sociological literature, specifically as a kind of policing. Congealed categories of revolution seemed antithetical to the prospect of revolution as the political event that promised to upset congealed categories. Engaging the Marxist tradition in creative ways and in conversation with Elleni opened up possibilities for imagining resistance, dissidence, and oppositional politics in new ways. How can we think about revolution on these terms, but do so situated in histories and archives that move between places like Ethiopia and Iran? How might that movement capture the aspirations described as world historical by thinkers like Hegel, Marx, and Benjamin more fully than they might have imagined?

J: Who do you hope will read the introductory article, and what sort of impact would you like it to have?

ECZ & AD: There has been a huge revival of interest in the Third World today, but much of this work can seem nostalgic and unable to engage with the ways in which Third World movements were contradictory. Even some of the iconic figures who scholars today recover, from Walter Rodney and Kwame Nkrumah to Ali Shariati and Gamal Abdel Nasser, did not leave behind straightforward legacies. There needs to be a deeper investigation. And so, while we are interested in the movement created by the idea of the Third World—that is to say, we are in agreement with the idea that something like the Third World existed, that it created agendas that did and should endure—we are not interested in simple nostalgic projects that fail to see the Third World as complicated and contradictory. The task before us, which we have tried to set forth here as a research agenda, is to think with the Third World in new and innovative ways about the challenges that face the people of the Third World right now. At the same time, we are not opposed to nostalgia. We have tried to write with nostalgia for spirit rather than for fixed figures, events, or institutions. This is why we understand the relationship between revolutionary Ethiopia and Iran as a movement, and not a conjunction. To pay attention to spirit, and to hold on to nostalgia for spirit, proposes a different approach to thinking anti-imperialism and anti-authoritarianism together. We cannot just say we are doing both, as if checking boxes on a form. We must think both together, in movement and at once. The question before us is how.

ECZ: I am currently working on a book entitled A Jewel in the Ear: The 2020 Ethiopian Civil War and Black Political Thought. It asks how Ethiopianism—a nineteenth-century social movement that was important throughout the Black world—came to shape both Black internationalism and the creation of the Ethiopian nation-state. A Jewel in the Ear investigates the fantasy and the loathing that is the concept of Ethiopia, how they both constitute Ethiopia internally as a nation-state today. This intertwined history should trouble our thinking about the current civil war and just as well what Black internationalism means to us.

AD: I was revising my dissertation as a book when I began to work on “Third World Historical.” The experience presented a fork in the road and has since compelled me to re-imagine my book project. My dissertation explored curious affinities between Iran’s revolutionary movement and global counterrevolutionary forces aligned against the Pahlavi state. At my present, my book manuscript, titled Insurgent Witness: Iran 79 and the Question of Self-Determination, takes these affinities as a place to hold possibilities for imagining revolutionary politics in the twenty-first century.

J: If not recovery, then how does this article propose that we think about the past and the present when thinking about anticolonialism and revolution?

ECZ & AD: Elleni was living in the Lamu archipelago at the time of writing this article, specifically on Mande Island. The energy of living there shaped her thinking and it became a bedrock of what we argue. As we write in the introduction:

“Our claim to dissolve distinctions between past and present…does not stop at dissolving present theoretical reflections in the empirical truth of archivally documented past practices. It is equally a refraction from said archives onto present theoretical imaginaries in a bid to express the equally factual truth of intuition. The people on the ground, so to speak, are not just doing. They are also thinking. We cannot appreciate the facts of their existence unless we think in conversation with them. Our thinking must be in movement with their movement, a ceaseless reconsideration of conceptual categories from “1789” onward.” 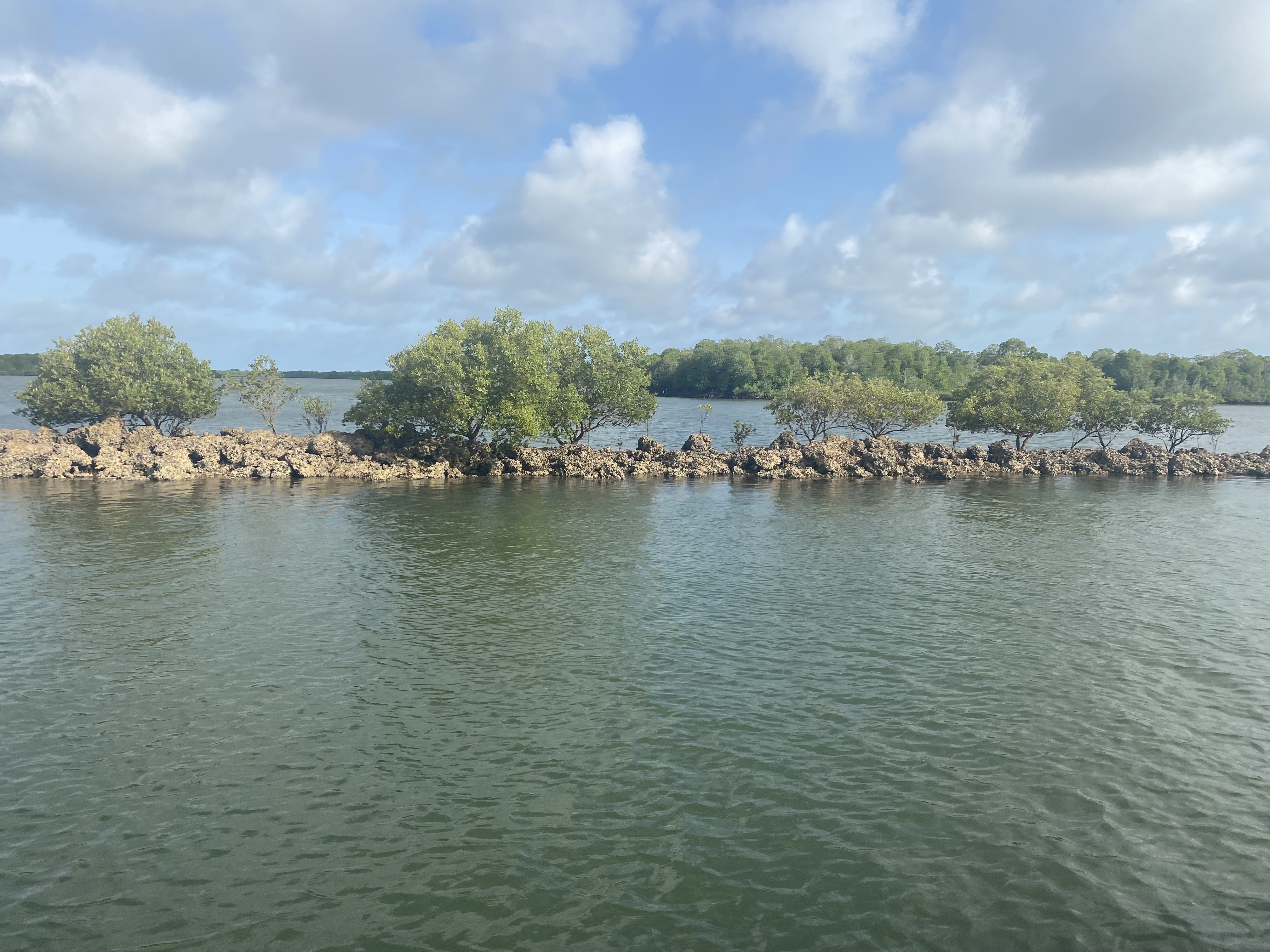 “Third World Historical” began with a simple comparison between the editors’ respective research on revolutionary Ethiopia and Iran. We noted that both of these countries experienced popular revolutions in the 1970s; neither were formally colonized, and yet they both experienced the force of European colonization in foundational and transformative ways. In the late 1960s and early 1970s, Ethiopian and Iranian student activists in North America and Europe consorted, developing tactics, strategies, and visions that shaped revolutionary change in their home countries. What could we learn about the concepts used to interpret revolutions, anti-colonialism, and method from this comparison? Further still, what could the comparison teach us about theory as political practice? Unsatisfied with abstract proclamations about theory across the global South, we sought out to make it and observe it in action.

“Third World Historical” was an academic conference that never was. We first convened in 2018, when we wrote a call for papers about the Ethiopian and Iranian revolutions in the history of political thought. The call formulated a series of questions. In truth, it articulated our intuitions at the time, some of which have endured, while others changed apace with the transformations that reconfigured the world over the past three years. Before a civil war altered the political calculus in Ethiopia, before an authoritarian turn in response to “maximum pressure” sanctions closed the door on reform in Iran, and before a global pandemic put to halt any pretense to business as usual, we intended to meet with contributors on the Columbia University campus. What we ended up with—an ongoing dialogue scattered across the globe, conducted in myriad online formats—changed our thinking. This collection is a repository of methodological innovations and conceptual insights produced by the scholars, artists, and activists who indulged our invitations, who answered our questions by pushing us to formulate better ones. It contains resonances of this thing we call Third World Historical.

Our use of the phrase world historical—deemed passé in most circles—proposed a bridge across different sites of national history. Our project was not to trace similarities or networks, a task more than adequately fulfilled by the many global histories written in recent decades, nor to find efforts to document alternative visions of the world from the global South. Our questions were of a different order in which practice and theory were inextricable. Were the Ethiopian and Iranian revolutions, we wondered, world historical?