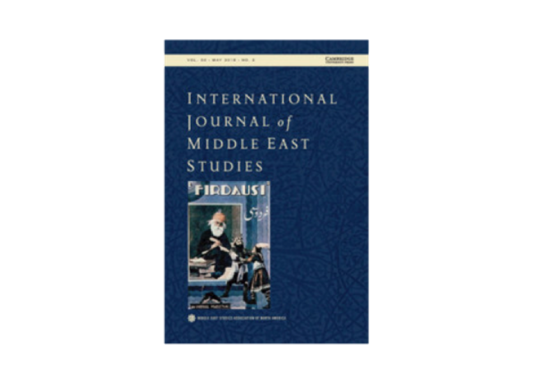 Jennifer Derr (JD): When I wrote “Labor-time,” I was inspired by a desire to more thoroughly probe what it meant to live colonial economy in the Egyptian countryside. This was an economy that was dominated by the production and export of long-staple cotton. The spread of cotton cultivation necessitated the introduction of new irrigation regimes and the construction of infrastructure. As the Nile River was transformed, the ecologies of agriculture evolved. One facet of ecological change was linked to the prevalence of parasitic disease, specifically a dramatic increase in rates of infection with the parasites that cause hookworm disease and bilharzia (schistosomiasis). By the third decade of the twentieth century, well over half of the Egyptian population was infected with one form of parasitic disease—many more than one—as a result of the spread of new patterns of agricultural production. Scholars have noted the environmental effects that a change in irrigation regimes produced, especially as they affected cotton yields, including the increased prevalence of disease. However, these changes have largely been treated as externalities. I believe that questions of disease were central to how many Egyptians lived colonial economy. This article represents my endeavor to highlight the complex entanglements of labor and environment, as well as the significance of the human body as an agent and site of historical change. I also wanted to extend the concern regarding the structure of working time that exists among historians of industrial labor to the practice of agricultural labor. “Labor-time” interrogates the relationship of the temporality of labor with the ecological worlds of agriculture.

JD: “Labor-time” seeks to bring together the fields of labor history, environmental history, and that of the human body. It argues that labor is an ecologically situated act and that our consideration of it—as a category of historical experience—demands that we think through the material entanglements of laborer bodies with the environments in which they work. While the subject matter of the piece is historical, I believe that the questions and concerns that underlie it—those of environmental change, the effects of labor on the body, and the significance of the non-human material world in shaping human experience—extend to a wide range of contemporary issues.

JD: “Labor-time” draws from a small portion of the material that I explore in my forthcoming book, The Lived Nile: Environment, disease, and material colonial economy in Egypt. Stanford University Press will publish the book in the Spring/Summer of 2019.

JD: I have a new book in progress entitled The Liver in Egypt: Productions of an organ through 20th-century public health and political economy. This project explores the history of the human body in twentieth-century Egypt—as materiality, imaginary, and practice—from the vantage point of one of its most vital organs, the liver. The emergence of a constellation of diseases in Egypt that target the organ, in conjunction with the extensive use of environmental pesticides, have leant the liver a particular historical significance. Infection with Schistosoma mansoni, one of the two species of parasites that causes schistosomiasis in Egypt, became more widespread with the extension of perennial irrigation in Egypt. One symptom of infection is fibrosis of the liver. Beginning in the 1920s and stretching through the early 1980s, the Egyptian state organized a nationwide program to treat schistosomiasis. The use of glass syringes in this campaign resulted in the infection in large number of Egyptians with the hepatitis C virus, more than any other country in the world. The Liver in Egypt will explore this historical trajectory, paying close attention to the technologies of visualization that rendered particular historical constructions of Egyptian bodies legible to the state, scientific researchers, physicians, and those who inhabit those bodies.

J: What is distinct about the manner in which you have chosen to approach the questions that undergird the article?

JD: In my scholarship, I pay close attention to questions of scale, especially how they might inspire a differently crafted narrative of historical change. In part, a body of work in Marxian critical geography that engages the history of capitalism has inspired my approach. However, the approach that I deploy in “Labor-time” also differs from this scholarship in that I analyze the significance of scale from the vantage point of the human body. My interest in this analytical frame also represents an endeavor to develop means of narrating historically contingent questions of embodiment, including those related to experiences of pain.

Excerpt from the Book:

Part and parcel of the ecologies in which they worked, the bodies of Egyptian cultivator-laborers were also transformed by perennial irrigation, in part through an explosion of bilharzia and hookworm disease. During the late 19th and early 20th centuries, admissions at government hospitals climbed. In 1892, 16,848 patients were admitted to government hospitals. By 1904, that number had risen to 27,921. Although this increase cannot be attributed solely to parasitic disease, beginning in the 1890s the repair of the Delta Barrages and the completion of Khazan Aswan extended the practice of perennial irrigation, which directly correlated to an increase in the prevalence of disease. Physicians working at Qasr al-`Ayni, Egypt’s largest hospital and sole medical school, reported cases of patients with complicated and crippling symptoms of parasitic infection. Most of these patients were poor, male agricultural laborers from the Nile Delta region.

The spike in hospital patients was significant as many Egyptians had viewed the medical institutions built by the 19th-century Ottoman-Egyptian state and the doctors whom they employed with suspicion, associating them with the state’s conscription efforts. Throughout the 19th century, many Egyptians avoided state medical institutions, opting instead to seek treatment from local practitioners. In the early 20th century, patients continued to seek relief from local health barbers in the form of bloodletting, cautery, and cupping; cautery, in particular, was used with some success as a counterirritant. However, by this period, many Egyptians also sought treatment from the physicians who staffed Egypt’s hospitals. The Ottoman-Egyptian state that built a public health apparatus to track disease was the same state that introduced perennial irrigation, meaning that disease and the institutions that mapped it were contemporaneous. However, careful analysis of the changing environmental conditions of the period, including those that framed agricultural labor, and descriptions of the manifestations of parasitic disease, reveal that hospitals were crowded, in part because Egyptians engaged in agriculture were notably sicker than they had been in the past.

Before the introduction of perennial irrigation, when the calendar of the annual flood structured the practice of Egyptian agriculture, bilharzia infection was likely a hazard of al-ṣayf. The organism flourishes in warm weather. In the early 20th century, Egyptian cultivator-laborers referred to the infection as the “June itch,” which they reported feeling most acutely during summer daylight hours and sometimes labored at night to avoid. The labor necessary for irrigation during this season, when cultivator-laborers utilized irrigation canals and enclosed basins to water summer crops, complemented the role that seasonal temperature played in encouraging infection. The parasites that cause bilharzia thrive in enclosed and slow-moving bodies of water, and the necessity of laboring in these sources of water spelled the near certainty of their use as sites of urination and defecation. It is unlikely that cultivators contracted the infection from the river itself, as its intermediate mollusk hosts do not fare well in large bodies of rapidly moving water.

Schistosoma mansoni’s relationship to perennial irrigation was initially less clear than that of Schistosoma haematobium. Unlike Schistosoma haematobium and its intermediate snail host, Bulinus truncatus, which were present in both the Nile Delta and the Nile Valley, in the 19th and early 20th centuries, Schistosoma mansoni and its snail host, Biomphalaria alexandrina, were confined to specific regions of the Delta, namely its north. In perennially irrigated regions in which the parasite and its host were present, infection rates were high, averaging 58 percent. In areas of the Delta in which the disease was not endemic, the prevalence of infection was much lower, hovering at approximately 5 percent. The organism and the disease that it causes were almost nonexistent in the Nile Valley.

One cause of the increased prevalence of Schistosoma infection was the proliferation of irrigation canals throughout Egypt’s countryside. These canals rarely dried, aquatic vegetation blossomed within them, and populations of freshwater snails—the same snails that serve as the intermediate hosts for bilharzia infection—flourished. Battling booming snail populations in the canals used for perennial irrigation was a challenge. When Claude Barlow, a hookworm and bilharzia researcher employed by the Rockefeller Foundation in Egypt, tested the efficacy of killing snail populations by closing canals for a period to allow them to dry, he happened upon somewhat-miraculous results:

In order to test snails, I removed them from a canal, put them in the laboratory to dry and they promptly died. I then dried the canal and collected dried snails (after a month’s drying naturally) took them to the laboratory and tried reviving them. They recovered in a few minutes when given water. Keeping the remainder completely dry I tried reviving a few each month. I found they would survive for TWELVE WHOLE MONTHS!

Even had the snails not demonstrated such hardiness, many canals never fully dried despite a rotation system during which they were periodically closed, the remaining moisture aiding the revival of snail populations when they again filled with water.

The labor of perennial irrigation was not only framed by new agricultural seasons; the temporal demarcations of this labor were in part constituted by the lifecycles of organisms that infected the bodies of cultivator-laborers. Schistosoma haematobium and Schistosoma mansoni develop in the space of the irrigation canal according to particular temporal cycles. The organisms begin their lives as eggs suspended in human feces or urine. When expelled into water, the eggs hatch, releasing free-swimming larvae that are capable of penetrating tiny freshwater snails for a period of eight to twelve hours. After penetrating a snail, the organism further develops. Stimulated by light, snails release waves of cercariae that penetrate human skin according to a circadian rhythm.