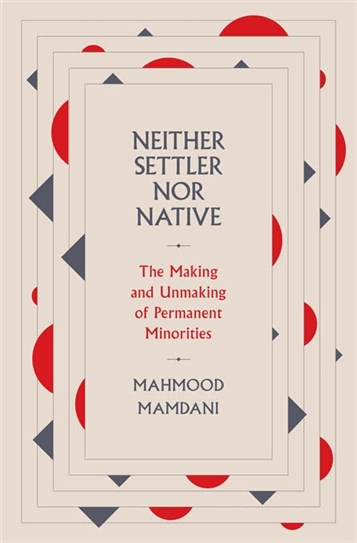 Mahmood Mamdani, Neither Settler nor Native: The Making and Unmaking of Permanent Minorities (Harvard University Press, 2020).

Mahmood Mamdani (MM): I have written over a dozen books in over forty years of my academic life, so it now seems that I do nothing but write—in other words, writing is my raison d’être, and there is no need for extra motivation! My previous work has focused on colonialism and post-colonialism and was underpinned by the assumption that first came nationalism, and then followed colonialism. Nationalism was the good side, and colonialism the bad side. The good side unfolded in Europe, the bad side outside Europe. This book begins with a questioning of that assumption, following the realization that colonialism and nationalism were actually born together and represent two sides of the same coin.

I question an entire literature on citizenship, led by T H Marshall who gave us a genealogy of citizenship, starting with civic, then political, then social rights. I shift the question from which rights to whose rights, thus from a story of progress to a story of exclusion alongside inclusion. I link this to the literature on violence, questioning the premise that drove the Nuremberg Trials, that all violence should be seen as criminal and individual. I argue that extreme violence is really political: it is violence driven by entire constituencies mobilized around issues; it cannot be made sense of by naming and shaming perpetrators, as often is claimed by human rights groups. I argue that Nuremberg failed because it focused on individual perpetrators, even if over a million. Nuremberg ignored the Nazi political project, which was to cleanse the nation-state of its minorities: Jews, Roma, and so on. The de-Nazification project ended up completing the Nazi political project, by creating a Germany without Jews and laying the groundwork for an Israel without Palestinians. This is the two-state solution that Israel tries to complete today, with the shift from Israel as a Jewish and democratic state to Israel as a Jewish state.

MM: In my previous books, Citizen and Subject (Princeton University Press, 2018), Define and Rule (Harvard University Press, 2012), I had spelt out a genealogy of the colonial indirect rule state, starting with the British response to the generalized crisis of imperialism in the nineteenth century, from the Indian Uprising, to the Morant Rebellion in the West Indies, to the Mahdiyya in Sudan.

MM: I hope that this book will be read by three audiences: scholars of the liberal state, scholars of settler colonialism, and scholars of indirect rule colonialism. I hope the book teaches each that they have much to learn from one another if they place their object of analysis in a larger imperial context. I also hope it is read by politically conscious people whose focus is on questions of extreme violence and justice.

MM: I am working on two projects. The first is a study of the literature on pre-Atlantic African slavery in the American and Western academy and how this has been distorted by lenses forged in the early study of Atlantic slavery. The second is a study of the two leaders, Idi Amin and Yoweri Museveni, who have been central to the project of making a Black nation in post-colonial Uganda.

J: What is the South African lesson for contemporary Israel/Palestine?

MM: There are three main lessons. First, the anti-apartheid struggle succeeded when it transformed itself from a military to a political struggle. Second, apartheid succeeded so long as it was able to fragment its victims into separate groups; the anti-apartheid struggle became ascendant when it realized that the key to success would be unifying its own ranks and isolating the enemy. Third, this called on anti-apartheid forces to grasp the struggle as political and not military, its objective being to unite forces in a series of linked maneuvers, starting with the unity of all oppressed (Africans, Indians, Blacks), then moving to a broader alliance including whites—not only those opposed to apartheid, but also those not directly supporting it. Black, said Steve Biko, is not a color; if you are oppressed, you are black. Generally speaking, identity is not ahistorical; it is political. Afrikaners went from being junior partners in the building of apartheid to joining the anti-apartheid coalition. Anti-apartheid forces began to think of a state other than a nation-state, not a state of the majority nation (Africans, or Blacks), but a state decoupled from the nation.

Excerpt from the book (from Chapter 5, “The Israel/Palestine Question”)

South Africa offers an especially illumining comparison when considering the case of Israel / Palestine. The South African moment challenged the assumption that cultural difference must translate into political difference, cultural identity into political identity. By contrast, the purpose of Zionism is precisely to make this translation: to make the experience of being Jewish—historically a matter of religious practice, upbringing, and lineage—into an experience of nationhood and to tie this nation to a state. In Israel, the state exists to protect and further the interests of the Jewish nation, which constitutes Israel’s permanent majority identity.

[…] Tzipi Livni, a prominent Israeli liberal politician, puts it this way: “I would like to see the State of Israel be a home for Arab Israelis, but It cannot be their national home.” Israel proper, excluding the West Bank and Gaza, is indeed home to Palestinians, almost 2 million of them. But because Israel is not their national home, they do not exercise sovereignty in it.

Zionization is more than a matter of law. As a nation-state project, it also involves the collapse of state and society into a single entity. To be a Zionist is not just to believe that Israel should be the Jewish national home; it is to equate the Jewish people with the state of Israel. Preserving Jewish society means preserving the Jewish state.

If Israel is to be a state for Jews only, it must answer the question of who is a Jew. Its answer cannot avoid flattening the diversity of world Jewry into the Jewry sanctioned by the nation. This is the other side of Judaization: eliminating not only non-Jews but also unacceptable forms of Jewishness. The acceptable form is associated with Ashkenazim, who trace their lineage to Yiddish-speaking parts of Europe. Ashkenazim were the founders of the state, who embraced the role of civilizers who bring other Jews into line with the national ideal. In particular, Ashkenazim have sought to civilize Mizrahim, Arab Jews. Arab Jews present a special challenge to Zionism, for Zionism presumes that Arab and Jewish identity are both incompatible and indelibly hostile toward one another—otherwise there would be no need of a Jewish state in historic Palestine.

The collapse of state and society and attendant projects of Zionization and Judaization were not historical necessities. Jewish people can and do live in freedom and security in states having no Jewish character, states where they are able to exercise sovereignty by taking effective roles in democratic politics. Recognizing this, large numbers of Jews have left Israel for non-Zionist states that do not uphold Jewish privilege. Indeed, there could have been Jewish society in Palestine without a Jewish state. There was Jewish society in Palestine in the absence of a Jewish state—in the absence even of an effort to build such a state…. Jews who made pilgrimage to Palestine were not settlers. They were immigrants. They chose to become members of a preexisting local political community, not to establish their own. This is the key to distinguishing Zionism from earlier Jewish presence in Palestine. Immigrants are unarmed; settlers come armed with both weapons and a nationalist agenda. Immigrants come in search of a homeland, not a state; for settlers, there can be no homeland without a state. For the immigrant, the homeland can be shared; for the settler, the state must be a nation-state, a preserve of the nation in which all others are at most tolerated guests.

It is thus not the immigration of Jews to Palestine that unleashed an antagonistic dialectic between Jews and non-Jews there but rather the presumption among Jews that they had exclusive rights to the land. Before there was a state Zionists established a Jewish national identity in Palestine buttressed by exclusively Jewish institutions, setting off tensions with locals. Official Zionism’s effort to Judaize Mizrahim both undermined Zionism’s secular heritage—thereby giving sanction to extremist religious tendencies in both the Mizrahi and other communities—and heightened the sense of a Palestinian national consciousness by injecting religiosity into settlement and injecting settlers into the Occupied Territories.

The possibility of a two-state solution ended with the Oslo Accord of the mid-1990s, at which representatives of the Palestinians gave away sovereignty over their desired future state to Israel. This resulted in growing interest in a range of one-state possibilities, including binationalism, an idea that predates the formation of the state.

Instead of these ideas, I point to de-Zionization, which would sever the state from the nation. The heart of de-Zionization is the realization of Israel as a state for all its citizens. I look to the South African moment as a model for de-Zionization. 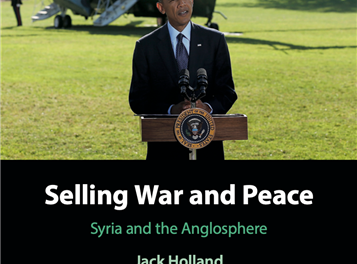 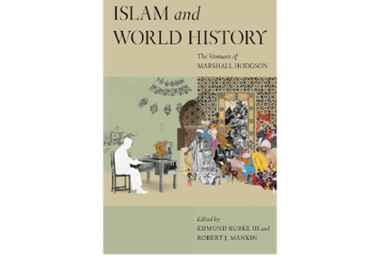 NEWTON: Islam and World History: The Ventures of Marshall Hodgson 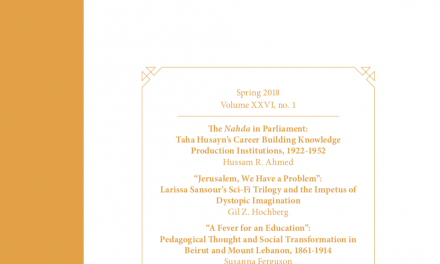 NEWTON: “Jerusalem, We Have a Problem”: Larissa Sansour’s Sci-Fi Trilogy and the Impetus of Dystopic Imagination” 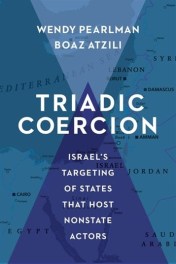