Essential Readings: The Iraqi Revolution of 1958

Technically a military coup, the event of 14 July 1958 in Iraq has long been considered a revolution, due both to the immense popular support it received at the time and to the political and social changes it enacted, including an overthrow of the British-backed Hashemite monarchy and a land reform program that limited the power of the large landowning class. The event has also been of interest to historians because of the flourishing of political and cultural activity during the “revolutionary era” and because the ending of this era, with the first Ba`th coup of 8 February 1963, is often seen as marking a “failure” that needs to be explained. English-language scholarship on the revolution is nevertheless fairly limited, reflecting to some extent the state of the field on modern Iraqi history generally. The historiographical work that does exist has tended to focus on either political or intellectual history, and most of it does not deal solely with the revolutionary era (1958-63) but includes the Hashemite period (1920-58) as well. There are some economic histories related to the revolution though most of these focus on factors leading up to it in the preceding decades; there are few historical studies addressing socioeconomic themes during the revolutionary period itself.

This book remains one of the most focused English-language political histories of the Qasim era and, unlike some similar works, includes a discussion of some of the main social laws and policies of Qasim’s government, including the personal status law and the law for social institutions. It also contains some interesting photos and press images from the period. Otherwise, it is not terribly useful analytically, reproducing the “artificial state” narrative in its most superficial and problematic form: the Shi`a are “backward socially and economically”; the Kurds are “self-assertive” and “martial”; the Turkmen are “conspicuous enough to invite aggression” (p. 2); and, more generally, violence in Iraq “pervades the vast substrata of the people outside[!] the sphere of power politics.”[i] For a shorter but analytically more solid political history of the Qasim era, see chapter 2 of Farouk-Sluglett, Marion and Peter Sluglett. Iraq Since 1958: From Revolution to Dictatorship. I. B. Tauris, 2001.

More than forty years after its publication, Batatu’s magnum opus remains the classic work on the 1958 revolution and the decades of socioeconomic and political change leading up to it. As Joe Stork wrote in MERIP in 1981: “Hanna Batatu has constructed a masterpiece of historical literature that singlehandedly catapults Iraq from the least known of the major Arab countries to the Arab society of which we now have the most thorough political portrait.”[ii] A massive tome that is really three books in one, totaling over 1,200 pages, it is an explicitly Marxist-Weberian analysis of Iraqi society that foregrounds questions of class and socioeconomic change, though only the first of the three parts focuses substantially on class analysis and none engages in sustained analysis of subaltern mobilization. The second and third parts provide invaluable political histories of, respectively, the Iraqi communist movement from the 1920s to the 1950s and the Communist and Ba`th parties during and after the 1958 revolution. All historians of twentieth-century Iraq, and especially those dealing with the revolution, continue to engage with Batatu’s work, including for its detailed narratives and charts drawing on extensive sources to which few or no other scholars have ever had access.

Covering a wide range of political, socioeconomic, and cultural themes related to the revolution, each chapter of this collection engages in some way with Batatu’s 1978 work; the volume concludes with a response by Batatu. Five chapters deal with the larger global and regional context of the revolution, covering British (Wm. Roger Louis), US (Nicholas Thacher and Frederick Alexgard), Soviet (Joe Stork), and Arab (Rashid Khalidi) entanglements. Three essays—by Marion Farouk Sluglett and Peter Sluglett, Robert Fernea, and Roger Owen—push Batatu on questions of class and the nature and role of the Iraqi state. Abdul-Salaan Yousif explores the “the struggle for cultural hegemony” before and during the revolution, focusing especially on Iraqi intellectuals and artists engaged with Marxism. And Sami Zubaida considers questions of communalism and minorities.

This set of essays explores connections and reverberations between some major events in the Arab world that occurred in 1958: the union of Egypt and Syria in the United Arab Republic; the political crisis in Lebanon leading to a US intervention; and the Iraqi revolution. While the editors of the volume conclude that the revolution was mainly an internal affair, the work usefully situates the event within its regional context and provides valuable discussions of the shifting policies of Egypt, the United States, the Soviet Union, and Israel toward the unfolding events. For a more recent analysis of the regional 1958, see Schayegh, Cyrus. “1958 Reconsidered: State Formation and the Cold War in the Early Postcolonial Arab Middle East.” International Journal of Middle East Studies 45 (2013): 421-43.

Ismael, Tareq. The Rise and Fall of the Communist Party of Iraq. Cambridge University Press, 2008.

Only one chapter of this history of the Iraqi Communist Party focuses on the revolution, but it is a detailed one and covers the internal political struggles within the party from 1958-63, Qasim’s crackdown on the party’s popular front organizations, and the ICP’s turn against Qasim in response to his suppression of the Kurdish national movement. It also includes one of the most explicit and devastating accounts in an English-language academic work of the torture and slaughter of communists after the 1963 Ba`th coup. A similarly themed work is Franzén, Johan. Red Star Over Iraq: Iraqi Communism Before Saddam. Hurst & Co, 2011. The chapter on the revolutionary era mainly covers familiar ground, such as the public positions of the ICP and its struggle with Arab nationalists, but includes a useful discussion of the ICP’s relation to the Soviet and Chinese communist parties.

Samira Haj explores the socioeconomic and political forces leading to the revolution, arguing that “agrarianism, not oil, is the crucial variable” shaping Iraq’s social structure in this period (p. 1). Oil revenues were channeled largely to promote the interests of the existing “tribal oligarchy,” whose power had been consolidated by British and monarchical policy but also dated to late Ottoman transformations, further fueling class conflict between this landowning class and peasant sharecroppers. Haj challenges both dependency and modernization theory for not fully recognizing the importance of internal forces in shaping Iraq’s history. The later chapters and the epilogue of the work consider questions of colonial modernity and national formation, focusing especially on how the modern Iraqi state, in both the colonial and independent periods, worked to produce political, ethnic, and religious difference, and how the postcolonial state legitimized itself through the discourse of development. For other works analyzing socioeconomic factors in the decades leading up to the revolution, see Farouk-Sluglett, Marion and Peter Sluglett. “Labor and National Liberation: The Trade Union Movement in Iraq, 1920-1958.” Arab Studies Quarterly 5, no. 2 (1993): 139-47;  Farouk-Sluglett, Marion and Peter Sluglett. “The Transformation of Land Tenure and Rural Social Structure in Central and Southern Iraq, C. 1870-1958.” International Journal of Middle East Studies 40, no. 1 (2008): 3-5; and Fuccaro, Nelida. “Reading Oil as Urban Violence: Kirkuk and Its Oil Conurbation, 1927-58.” In Urban Violence in the Middle East: Changing Cityscapes in the Transition from Empire to Nation State. edited by Ulrike Freitag et al. New York: Berghahn Books, 2015.

Focused on the Hashemite era, this work thoroughly explores the intellectual roots of the revolution. Hybridity and pluralism are central themes, as indicated in the book’s title The Other Iraq. These concepts are employed both analytically, for example to highlight the hybrid aspects of Iraqi anticolonial thought as it engaged with colonial concepts, and empirically, in exploring how the pluralism of Iraqi society was reflected in debates around religious, ethnic, class, and urban/rural differences. Among other important interventions, Bashkin shows how there was no clear line between Arabist and Iraqi territorial national identities in the Hashemite era. She develops this argument explicitly for the Qasim period (often seen as the climax of the Arabism-Iraqism battle) in a later article, “Hybrid Nationalism: Watani and Qawmi Visions in Iraq under `Abd al-Karim Qasim, 1958-61.” International Journal of Middle East Studies 43, no. 2 (2011): 293-312. For a somewhat contrasting argument, which places the Arabist-Iraqist divide at the center of modern Iraqi history (albeit while seeing some overlaps of the kind Bashkin highlights), see Davis, Eric. Memories of State: Politics, History, and Collective Identity in Modern Iraq. University of California Press, 2005.

My book considers the role of gender and family reform projects in the Hashemite and revolutionary eras, focusing on how such projects were mobilized in the name of modernity, sovereignty, and development but often ended up working to defer change to an ever-receding future. Chapters 6 and 7 look at two conflicts related to gender roles and women’s rights during the Qasim era, the first over a rural literacy project organized by communist women and the second over the Iraqi Personal Status of 1959. The book’s epilogue explores the Monument to Freedom by the Iraqi artist Jawad Salim as a way to consider other ways of thinking about revolutionary time and political change beyond those enshrined in linear modernization narratives, with their paradoxical tendencies toward temporal deferral. On women’s issues in the revolutionary years, see also Efrati, Noga. “Negotiating Rights in Iraq: Women and the Personal Status Law.” Middle East Journal 59, no. 4 (2005): 577–95.

Two areas stand out to me as especially critical for future work on the 1958 revolution. First, focused studies on how the revolution unfolded in regions outside Baghdad are badly needed. My own work has suggested the importance of rural rebellion in southern Iraq, and efforts to contain it, to the trajectory of events in the capital, but only scratched the surface of this history. There is still surprisingly little work on the role of the politicized culture of the Shi`i shrine cities (and even Shi`i neighborhoods of Baghdad) during the revolutionary era, though some very suggestive observations were made several decades ago in Sami Zubaida. Islam, People and the State: Political Ideas and Movements in the Middle East. I. B. Tauris, 1993. Chapter 4. For the northern regions, much remains to be done, but a recent example of promising trends is Arbella Bet-Shlimon, City of Black Gold: Oil, Ethnicity, and the Making of Modern Kirkuk. Stanford University Press, 2019. Chapter 4 focuses on the well-known clash in Kirkuk on the first anniversary of the revolution between Kurdish communist workers and Turkmen anti-communists that became an ethnicized conflict in which dozens, mainly Turkmens, were killed, and that contributed to the decline in popularity of the Iraqi Communist Party nationally.

The second (related) area calling out for new research has to do with the widespread subaltern mobilizations of these years, both in and outside of Baghdad. One of the arguments of my book is that family reform interventions from 1958-63 were related to the construction of a domain of “the social,” a project implicated in efforts to demobilize both the leftist political organizations and the rural and urban popular strata. While there are many studies addressing the struggles among the central political parties and between the parties and the Qasim government, and while the existence of significant rural and urban subaltern mobilizations during these years is indisputable, we have very little understanding of the connections between these different layers of sociopolitical mobilization. 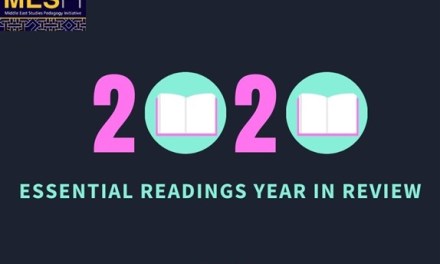