NEWTON: Women, Art, and Literature in the Iranian Diaspora 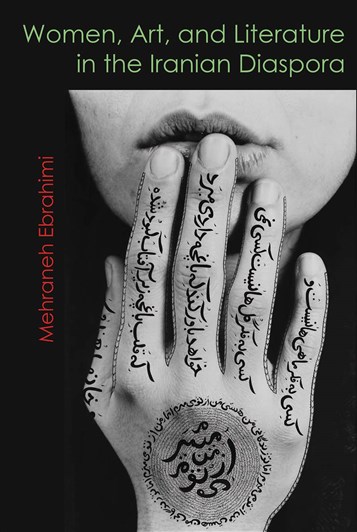 Mehraneh Ebrahimi (ME): My book came with the birth of my daughter. I defended my PhD dissertation while I was six months pregnant. After seven years of graduate school, I planned to take a break, make a nest, raise a family. I had practically lived in my tiny library office, often taking naps in a sleeping bag on the floor—especially in my first trimester. As an international PhD student of literature, married to an international student of engineering, making ends meet in London Ontario meant that we had to work on campus, despite us both being on full scholarships. I remember starting a graveyard security shift at midnight, checking IDs of drunken undergraduates entering their residences until 4 a.m.

School with its rare joys and all its hardship was over, I had defended my PhD, and was now called a Doctor or, in Farsi, Khanoom Doktor, as my father had proudly boasted to his friends. I would eventually gain my Canadian citizenship through that degree. Kimia, which means alchemy in Farsi, was born in springtime and everything, including the pregnancy and birth, was fabulous and dream-like.

However, taking full-time care of a baby was strenuous. For almost a decade I had lived in an intellectually stimulating environment, where I constantly discussed ideas, attended international conferences, and taught my own courses at Western University. Giving birth in London Ontario meant isolation from my literary circles. Being a full-time mother played havoc with my sanity as well, which was so used to strenuous intellectual marathons. Feeling the love of a baby was the greatest achievement of my life, but I needed to make that baby proud of me as she grew up—so I decided to put a decade of my post-secondary education to the test and embark on the journey of writing this book.

My book is dedicated to Kimia. She gave me the impetus to wake up—at midnight, 2 a.m., 4 a.m., 6 a.m., 8 a.m.—and not able to go back to sleep, to write. It took me two years to write this book. But the minutes I was by my laptop felt electric. Focusing on a topic close to my heart replenished my critical and analytic faculties. I cannot believe that, as I celebrate my daughter’s third birthday, my book is already published.

This book proposes a fresh practice of reading and regarding literature and art produced by the Iranian diaspora in an age of war against terror. In line with Gayatri Spivak, it aims to “uncoercively rearrange desire” or train the imagination to see the complicity of the self in the plight of others. I read these interstitial works of art and literature through their engagement with the trio of aesthetics, ethics, and politics. The new world order has uprooted millions of refugees, expelling them from the only real human rights, which—according to Hannah Arendt—includes that of belonging to a political community. For Arendt, the “loss of national rights in all instances entails the loss of human rights,” maybe because “the world found nothing sacred in the abstract nakedness of being human”. Speaking in the aftermath of the Second World War and as a refugee herself, Arendt’s words resonate in these dark days of silent war that witnesses millions of displaced humans outside the conditions of humanity and citizenship. The image of radical other shuttles between violent terrorists and destitute refugees on flimsy boats in popular imagination. Aesthetics can intervene in this bipolar representation of the radical other by giving a human face to the plight of the other. Nietzsche warns about the dangers of fighting a “monster”:

Whoever fights monsters should see to it that in the process he does not become a monster. And if you gaze long enough into an abyss, the abyss will gaze back into you.

Through an ethical engagement with alterity, a new bonding, engaging, and imaginative embrace has been made possible whence the privileged are not exempt from the trauma in the putative third world. It is the pain of the other that lets us step outside our comfort zone (a state of ex-statis) and extend an imaginary arm. This is what Spivak calls ethics: an embrace, an act of love. The face of the other, brought forth through the artists and authors in this collection, can perhaps act as a metonymy of that outstretched arm that creates a virtual community of humanity. While the military, funded by taxpayers, ravishes the world, tearing the shared fabric of humanity, it is the task of artists to bring its fissures to touch. The danger to the civilized world as framed by Arendt, does not come from without. By forcing people into desperate situations, through wars, famines, sanctions, regime change, and military coups, the menace will come from within. “The danger is that a global, universally interrelated civilization may produce barbarians from its own midst by forcing millions of people into conditions which, despite all appearances, are the conditions of savages”.

Graphic novels, photographic/poetic collections, and the feature films discussed in this book occupy the fertile interstice between the visual and verbal domains, where, just as in gutters, there is more space to dismantle fixed hierarchies of a policed mentality. The domain of politics and that of aesthetics are interlocked in such works as Persepolis, Nylon Road, Women of Allah, and Women Without Men. Space politics, or the occupation of a place, constitutes the basic unit of human existence, and a corner stone whence all rights emerge. “The fundamental deprivation of human rights takes place first and above all in depriving a person of a place in the world which makes his opinions significant and his actions effective” (Arendt 1949).

Jacques Ranciere teaches that aesthetics also concerns itself with ideas of occupation of the space of the visible, and a re-partage of what has been previously off limits. Aesthetics cannot be severed from its political texture, studied in isolation, or pedestalled independently. This luxury of looking at de-contextualized beauty in literature and the arts is a ploy of mental policing, prevalent in the ivory towers of academia. Detached aesthetics have purposefully given up on their responsibility of belonging and connecting to a world community.

ME: This book grew out of my PhD dissertation. It took years of editing, as well as copy-right acquisition for all the photographs used in it.

ME: I hope that anyone interested in Middle Eastern works of art and literature would read this book. Especially, those interested in diaspora Iranian women’s works of art and literature would enjoy this book. This is particularly so for those people who are curious about the topics of aesthetics and politics, and how works of literature and art can be political. My book is just a start. There are artists who are working in a variety of new media. Looking at the balance of beauty and politics in their productions is fruitful.

I am starting a post-doctoral research project that looks at the contribution of diaspora to the process of democracy in Canada. I want to create an anthology of these artists and literati, and publish their invaluable yet unstudied works within a book.

With the rising tide of immigration to Canada, Iranian artist, authors, and political activists have, over the past forty years, created a vibrant intellectual community that contributes to the nation’s process of democratization and stands united against terrorism. Despite the US-led Muslim ban, in which even artists from Iran cannot travel to the United States, Canada has hosted great numbers of Iranian intellectuals who fled the Iran-Iraq war, revolution, economic crisis, international sanctions, oppressive regime, and political turmoil. The contribution of this powerful wave of diaspora to the process of democracy in Canada remains unstudied.

This research will be published as my second book. It will be an offshoot of the first, but—this time—in an exclusively Canadian context and with the purpose of creating a bridge between the unknown gems living in isolation in Canada and the larger literary and artistic circles in the country. My goal is to build an archive for Iranian diaspora communities that creates a dialogue with this dynamic collective and can foster cultural empathy and ethical engagement.

My ultimate goal is to establish an Iranian Diaspora Studies Center in Canada, where researchers and artists will be able to organize round tables, give talks, house performances, recite their poetry, and exhibit their works of art. There is currently no archive or anthology that puts together the works of art and literature of Iranian intelligentsia in Canada, no center that connects them to the mainstream, where participation would flow both ways. Heirs to the poetical universes of Khayam, Hafez, and Rumi, the dizzying art of miniature painting, and the algebraic Eslimi where art meets mathematics, Iranian artists and literati have much to offer; what they share, though, is always scarred and enriched by politics. A wound is, after all, the place where light enters.

Does the study of aesthetics have tangible effects in the real world? Does examining the work of diaspora writers and artists change our view of “the Other”? In this thoughtful book, Ebrahimi argues that an education in the humanities is as essential as one in politics and ethics, critically training the imagination toward greater empathy. Despite the surge in Iranian memoirs, their contributions to debunking an abstract idea of terror and their role in encouraging democratic thinking remain understudied. In examining creative work by women of Iranian descent, Ebrahimi argues that Shirin Neshat, Marjane Satrapi, and Parsua Bashi make the Other familiar and break a cycle of reactionary xenophobia. These authors, instead of relying on indignation, build imaginative bridges in their work that make it impossible to blame one evil, external enemy. Ebrahimi explores both classic and hybrid art forms, including graphic novels and photo-poetry, to advocate for the importance of aesthetics to inform and influence a global community. Drawing on the theories of Rancière, Butler, Arendt, and Levinas, Ebrahimi identifies the ways in which these works give a human face to the Other, creating the space and language to imagine a new political and ethical landscape. 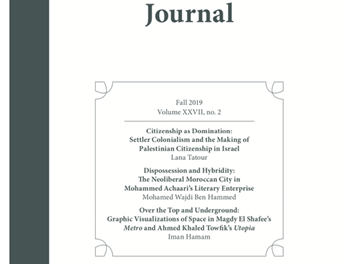 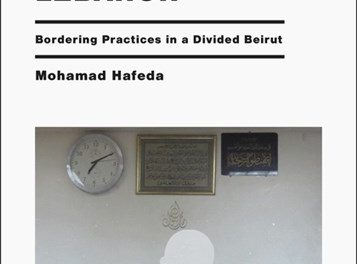 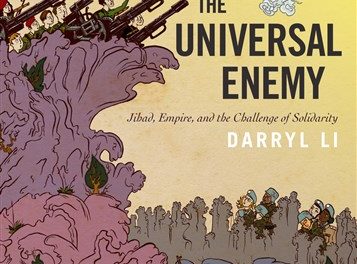 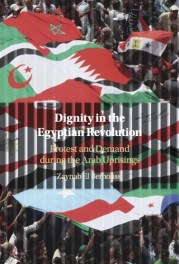 NEWTON: Dignity in the Egyptian Revolution