The post-Ottoman Arab mandates comprised an Anglo-French deal that emerged from the Great War peace settlement, Ottoman armistice, the Sykes-Picot accord of 1916, and Balfour Declaration of 1917. Britain and France agreed to divide the region, mostly under British army occupation, into two zones: Red and Blue. Red became Iraq, Palestine, and soon after, Jordan, Blue was Syria, soon divided into the Syrian Mandate, and Greater Lebanon. The southern boundary was Sinai, the northern the Ottoman rail line and 1918 armistice line. The Great Power dream of 1916-22 was more expansive, but the still mobilized Ottoman army and Anatolian insurgency ended up enforcing the 1918 armistice lines, finally codified at Lausanne in 1923.

From this inauspicious beginning came the modern state system for the principal counties of the Eastern Arab World. Wilsonian rhetoric and the threat of Soviet style revolution prevented ordinary colonial annexation, and dictated some kind of international trusteeship, which evolved fitfully into the League of Nations mandate system between about 1920 and 1922.  In organizing their mandates France favored republics, and Britain favored monarchies. The League of Nations permanent mandates commission (PMC) demanded an endless series of reports from the mandatory powers on the progress of their “sacred trust for civilization,” and tutelage mission, as well as martial law structures, phony democratic government, and counter-insurgency operations. The PMC developed a multi-lingual bureaucracy to read, translate, and file, but not act on, a deluge of petitions and protests from the mandate populations. The mandate powers found the petitions a nuisance and ignored and suppressed them when possible.

Armed opposition emerged immediately, and lasted throughout the period until independence in the late 40s. Nationalism became the language of opposition, and the original conceit of the League of Nations, and the Peace Conference itself, dictated that only self-defined, and acknowledged “nations” possessed or could claim the right of representation before the emerging international system.

This was the first book written to make an international claim for the Arab nation in the new, post-war order. The narrative Antonius assembled has remained influential till today. Constantine Zureik and Edmund Rabath wrote important books on Arabism and the mandates in Arabic and French during the late 30s also.

A host of mandate functionaries and apologists wrote books describing their work and the world they helped bring into existence. Foremost is Robert de Caix, on Syria and Lebanon and the historic role of France, Stephen Longrigg on Iraq and Syria, and Norman Bentwich on Palestine, among many others mostly forgotten today.

Albert Hourani turned his attention to the mandate in his first book, Hourani, Albert. Syria and Lebanon: A Political Essay: New York: Oxford University Press, 1946. In the following decades his students wrote the first critical historical studies about the mandate, superseding the earlier treatments written by colonial functionaries.

Beginning in the 1960s Walid Khalidi published a series of articles and books that remain classics of the history of the Palestine mandate, including Khalidi, Walid. From Haven to Conquest: Readings in Zionism and the Palestine Problem Until 1948. Washington DC: Institute for Palestine Studies, 1984, which introduced and collected a large selection of source material on British imperialism, Zionism, and the mandate. Other AUB trained scholars like Majid Khadduri and Abdul-Latif Tibawi contributed important early histories that feature intimate first-hand knowledge of the mandates and remain useful.

Sluglett, Peter. Britain in Iraq: Contriving King and Country. New York: Columbia University Press, 1976. Published in 1976, and based on Sluglett’s Oxford dissertation, was the first of his generation to interrogate critically the British mandate and monarchy, leading to the League of Nations sanctioned quasi-independence of Iraq in 1932.

Philip Khoury wrote Syria and The French Mandate (Khoury, Philip Shukry. Syria and The French Mandate. Princeton: Princeton University Press, 1987) based in part of his Harvard dissertation, which Hourani supervised after his move to Harvard. Khoury’s book has remained the single most important book published about the years of the mandate in Syria.

Wilson, Mary. King Abdullah, Britain, and the making of Jordan. Cambridge: Cambridge University Press, 1990, critically detailed the process of establishing the British mandate for Transjordan and the Hashimite monarchy. Wilson focuses on King Abdullah I as he evolves from a British-sponsored anti-Ottoman insurgent, to useful desert prince, to king and participant in the loss of Palestine.

Elizabeth Picard published Liban, Etat de discorde: Des fondations aux guerres fratricides (Picard, Elizabeth. Lebanon: A Shattered Country: Myths and Realities of the Wars in Lebanon. New York: Holmes and Meie, 1998,subsequently translated into a number of languages, including English, and delving deep into the structures of the French mandate in Lebanon.

During the 1990s a new group of historians of the mandates became active. James Gelvin, Gudrun Kramer, Nadine Meouchy, and Elizabeth Thompson produced innovative new work that pushed well beyond the previous political histories of the period.

Gelvin, James. Devided Loyalties: Nationalism and Mass Politics. Berkeley: UC Press, 1999, was an original and persuasive argument for popular nationalist sentiment and action in Syria during the brief period between the end of the Great War and France’s invasion and mandate in 1920. Gelvin’s book changed the study of early Arab nationalism.

Thompson, Elizabeth. Colonial Citizens: Republican Rights, Paternal Privilege, and Gender in French Syria and Lebanon. New York: Columbia University Press, 1999, was the first book to consider gender, class, religion, and colonialism together in the construction of a new colonial civic order. The book has been enormously influential and has inspired scores of dissertations, articles, and books.

Beginning in the late 1990s Peter Sluglett and Nadine Meouchy, who was then research director at the French Institute of Arab Studies in Damascus, collaborated on a series of workshops and conferences in Syria, Lebanon, the US, and France. The project culminated in a massive bi-lingual (French and English) book: Meouchy, Nadine and Sluglett, Peter. The British and French Mandates in Comparative Perspective. Leiden: Brill, 2004. The book included nearly 30 articles from international scholars treating most aspects of the history of the mandates, and remains a singular document of the state of the field of about 2000.  The book was uniquely valuable in its success in bringing together scholars working in Syria, Lebanon, and Palestine with those working in Europe and North America.

Almost 15 years later Andrew Arsan and Cyrus Schayegh organized and published an updated anthology on the mandates, including some of the earlier volume’s contributors, and many new scholarly additions, resulting in their Routledge Handbook of the Middle Eastern Mandates (Arsan, Andrew and Schayegh, Cyrus. Routledge Handbook of the Middle Eastern Mandates. London: Routledge, 2015). The book shows how research on the interwar mandates has moved in several novel directions in recent years. Schayegh and Arsan’s book represents the state of the field, and will remain a crucial resource for years to come.

In recent years two books have attempted to consider the mandates as a unified experience. Schayegh, Cyrus. The Middle East and the Making of the Modern World. Cambridge: Harvard University Press, 2017, deals with what had been Ottoman greater Syria, its cities, trade routes, towns, and regions over the course of the mandate decades. Schayegh integrates the Zionist community into the story, which constitutes a departure from all previous treatments and stakes out his claim to be considering regions and people together, or transpatially, as he says, rather than separately.

My own, Provence, Michael. The Last Ottoman Generation. Cambridge: Cambridge University Press, 2017, takes the Ottoman and mandate experience together, to argue that unity of experience, hope, and trauma connected people and regions in a way mostly forgotten today. I tried to consider the Ottoman and colonial commonalities of the post-Ottoman, mandate Arab East, from the Great War till the end of the mandate, including parts of what became Turkey and Iraq together, to tell one story, rather than a Turkish, Syrian, or Palestinian view of the post-war decades.

Views of the Middle East interwar mandates have changed over time; a process that will surely continue. The first generation of chroniclers comprised colonial apologists and indigenous critics. The work of the critics has aged better than that of the apologists, who sought to give meaning to their work and the states they created. But both groups deserve more study and scrutiny than they customarily receive.

Several generations of historians have focused on the mandates, in a process characterized by evolution and argument. At first, historical works focused only on the mandate nation-state forms inherited from the colonial architect/chroniclers. The colonial functionaries shared with the nationalist critics a wish to ignore the institutions, influence, and legitimacy of the pre-Great War Ottoman state. For the colonial chroniclers the Ottoman State represented an undifferentiated Oriental despotism. For Arab nationalist thinkers, the Ottoman State represented a pre-dawn twilight for the eventual emergence of the nation.

Early historians paid great attention to the alleged differences in colonial style and “enlightenment” between British and French Empires, and it remains the case that historical studies tend to focus on the French mandates or the British mandates, rather than both, and on the elements that made them similar rather than different. Studies on the mandates are proliferating, and this list is only a beginning to a rich and growing field. 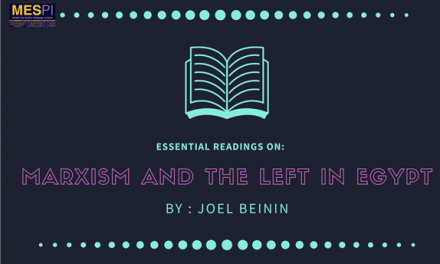