This is the last of three bouquets of articles on the topic “gender” and journal articles from 2017 and 2018 in the field of Middle East studies. This bouquet follows one on “Women, Gender, and Turkey,” and another on “Islamist Rebels and Women.” Interestingly, in researching a potential bouquet topic, we noted that the majority of articles on gender (in/and the Middle East) published in over 130 journals during 2017 and 2018 concerned Palestine/Israel and Turkey, while almost none concerned Saudi Arabia.

Abstract: In the decade following independence, the Tunisian state embraced secular feminism as part of the single-party monopoly on political life and economic development. Yet its celebration of new family laws as an aspect of modernization was marred by anxieties about the sexual and moral implications of modern womanhood. Tracing references to the miniskirt in presidential speeches and the women’s press, I demonstrate how efforts to delineate the boundaries of proper appearance gave tangible form to the amorphous question of morality. Parallel concerns about long-haired youth further indicated the bourgeois basis of the modernizing visual aesthetic as it restrained young men. Through fashion, urban educated women utilized the press to negotiate the limits of the more politically sensitive topic of state feminism. Middle-class debates about dress reveal that nationalist secular feminists who benefitted from the state’s definition of women’s rights questioned hegemonic conceptions of womanhood and articulated alternate versions of masculinity.

Abstract: This article uses a queer lens to examine two short stories by the Iraqi communist, teacher, and prose writer Dhu al-Nun Ayyub (1908–88), “The Eagles’ Anthem” and “How I Found a Guy,” published in his collection Sadiqi (1938). Scholars have avoided analysis of the homoerotic and heterotopic aspects of Ayyub’s writings, even if they mention his depictions of physical attraction between men. Rather than read these fictional texts as sociological studies of sexual sensibilities, the article assumes that they tapped into and reflected psychological and social dynamics in interwar Baghdad. The Ayyub stories, which render homoerotic masculine sexualities as commonplace and a positive aspect of city spaces, are thus distinguished from most Iraqi writings during this period. The stories stage homoeroticism and love between men as democratic critique and affirmation of heterogeneity and vitality in a nationalist, militarist, and heteronormalizing setting that increasingly associated homosexuality with moral dissolution and backwardness.

Beneath the Mustache: A Well-Trimmed History of Facial Hair in the Late Ottoman Era
By: Avner Wishnitzer
Published in Journal of the Economic and Social History of the Orient (Volume 61, Issue 3)

Abstract: Based on quantitative and qualitative analysis of visual representations and written texts, this study argues that officers, civil officials, and urban professionals who came of age in the late Hamidian era adopted the mustache as an expression of a generational identification and a related self-consciously modern masculinity that defined itself against the bearded, Hamidian order. After 1908, when the instigators of the revolution and their supporters climbed up the social and political hierarchies, the mustache rose with them and became the facial ornament of the most powerful people in the empire. Considering the common association of the mustache with youth, its adoption as a marker of identification hints at the unsettling of longtime ageist hierarchies but also, at the durability and adaptability of gender ones.

Abstract: War and peace are gendered and gendering geopolitical processes, constituting particular configurations of masculinity and femininity. When men are considered in relation to war and peace the majority of scholarly accounts focus on soldiers and perpetrators, typically observing their place in the gendered geopolitical solely through military/ized masculinities. In contrast, this article examines fatherhood as a masculine subjectivity, interacting in a nexus with other masculinities to produce an intelligible propeace intervention in war, and considers the implications for our understandings of gender and the geopolitical. To analyze this political subjectivity of what I term “paternal peace,” the article considers the case of Bob Bergdahl. Bergdahl’s son was a US soldier held by a Taliban-aligned group for five years until 2014. During this time Bergdahl was publically critical of US foreign policy, presenting his son’s release as part of a peace process that could end violence in Afghanistan. I unpack how Bergdahl’s public political subjectivity was the outcome of a “gender project” drawing on accounts of “valley” fatherhood in combination with particular forms of diplomatic and military masculinity. I consider how Bergdahl’s intervention was publically received, and how the geopolitical reach of it was pacified within gendered and racialized coding.

Abstract: This study focuses on the deconstruction of dominant perceptions of Arab masculinity, particularly with respect to Hans, the exiled Iraqi protagonist of Diana Abu-Jaber’s 2003 novel Crescent. Employing the concept of the unheimlich as it intersects with the Iraqi Al-Futuwwa movement, this article explores the ways in which the condition of being exiled strips the protagonist of his masculine ideals that are often associated with nationalism and chivalry, and exposes his internalized vulnerabilities to “unhomeliness,” since he has been disconnected from country and family. In effect, the study subverts hegemonic conceptualizations of Arab masculinity by examining the unsettling repercussions of forced migration.

Shooting the Isolation and Marginality of Masculinities in Iranian Cinema
By: Nacim Pak-Shiraz
Published in Iranian Studies (Volume 50, Issue 6)

Abstract: This article examines the isolation and marginality of Iranian men living in contemporary Iran with a focus on three post-2005 films. As a patriarchal society, Iran has been the subject of many studies on the subjugation and marginality of women. This study demonstrates how recent Iranian films have skillfully employed the cinematic language to narrate men’s stories of alienation and despair. These filmic constructions provide a valuable and complex insight into masculine identities, challenging perceptions of the essentialized image of the Middle Eastern male. By employing Connell’s hierarchy of masculinities, the article demonstrates the position of marginalized men in relation to the dominant ideals of masculinity and the influence of these discourses on the lives of such men. The films discussed here do not perpetuate the construction of the ‘true’ gender, but instead challenge ideas of heroism, manliness and patriarchy.

Abstract: This article focuses on swearing in football chants in Turkey to demonstrate that fans construct a specifically masculine notion of fairness that diverges from the universalizing ideal of fair play. I argue that the Turkish Football Federation’s (TFF) clubs’ and mainstream media’s antiswearing campaigns and policies, ostensibly to uphold fair play, miss how fans gender fairness by referring to the masculine ideal of the crazy/hot-blooded young man (delikanlı). In keeping with theorization on “ordinary ethics” in anthropology, this analysis illuminates how fairness and gender are conegotiated in football in Turkey. In addition, this article critiques the mission the TFF ascribes to women fans, delineating them as naturally polite guardians of an imposed sense of fair play. I show that women fans have a complex relation with “hegemonic masculinity” whereby they simultaneously take part in the specific masculine construction of fairness and oppose normative gender expectations, specifically in relation to language.

Class and Habitus in the Formation of Gay Identities, Masculinities, and Respectability in Turkey
By: Haktan Ural, Fatma Umut Beşpınar
Published in Journal of Middle East Women’s Studies (Volume 13, Issue 2)

Abstract: This article examines how gay men engage with masculine respectability in urban Turkey. Our analysis of twenty-four in-depth interviews in Ankara shows that gay men’s self-presentation generally conforms to the expectations of masculine appearance and behavior in their class-based social circles. Thus we argue that social class and habitus are important for the norms of masculine respectability with a marked difference between lower-class/traditional middle-class and professional middle-class milieus. While family-dependent gay men in the lower class and traditional middle class often conform to hegemonic masculinity through their “family guy” performances and limit their sexual desires, professional middle-class gay men mobilize their social, economic, and cultural capital to carve out a gay life where they can perform a “sophisticated” gay identity and participate in a gay community, albeit in certain permitted domains. 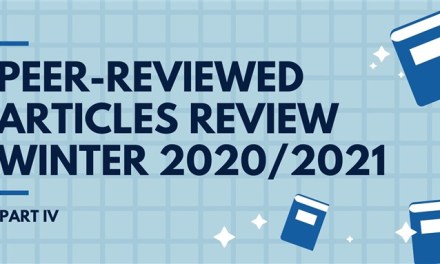 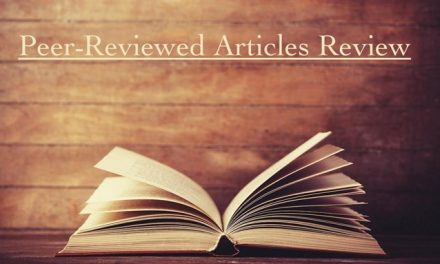 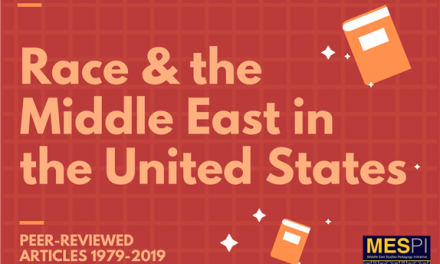 Race and the Middle East in the United States: Peer-Reviewed Articles 1979-2019