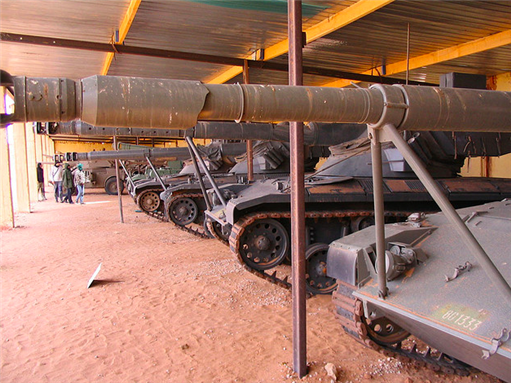 The official narrative on the origins of the Western Sahara conflict is often presented as a case of an Algerian-supported African decolonization effort in which a national liberation movement (Polisario Front) representing an incipient Sahrawi Arab Democratic Republic (SADR) is seeking independence in the formerly Spanish-occupied territory in northwest Africa. For its part, the Moroccan state, by controlling eighty percent of the Western Sahara, is viewed as impeding this process by claiming that the territory is an integral part of “historic” Morocco. A less visible but more compelling narrative finds the conflict’s roots embedded in the dark recesses of the internal political dynamics of both Algeria and Morocco, each using the “decolonization” and “national integration” mantras as excuses to cover more manipulative political purposes.

For Morocco, the Green March of November 1975 that witnessed three hundred fifty thousand ordinary Moroccan men, women, and children entering the newly vacated Spanish territory was but the first step of a multistage process that began with the two back to back assassination attempts on the life of King Hassan II in 1971 and 1972, both led by high army officers with close professional and personal ties to the monarch. Shaken by the deep betrayal of his most trusted military officers and uncertain of when they would strike again, King Hassan dusted off a territorial claim that had been dormant since pre-independence days when Morocco laid claim to large swaths of northwest Africa including the Western Sahara, parts of northern Mauritania, and a sliver of western Algeria, including the Tindouf region where the Polisario camps are currently headquartered. The plan was as ingenious as it was disingenuous since it committed the military to a “war without end,” far away from the royal palaces of Rabat, Marrakesh, and Fez.

For its part, however much it continuous to invoke “the revolution for the people and by the people,” Algeria has been transformed into a bureaucratic state governed by a military-industrial complex devoid of any purposeful ideology, including any sincere claim to supporting national liberation movements. Algerian politics has long been controlled by le pouvoir, or the military-industrial complex representing a fusion of military power headed by the intelligence services. Sonatrach represents the economic arm as the state-owned national oil and gas company that provides the regime with its financial wealth that fuels the state’s ability to maintain control over Algerian society. Algeria’s initial opposition to, and later reluctant support for, the liberation movements seeking Qaddafi’s overthrow in Libya and Assad’s overthrow in Syria are truer measures of the country’s position as a “popular” and “democratic” republic.

From Algeria’s intensely nationalistic perspective, Morocco’s annexation of the Western Sahara territory constitutes a direct challenge to Algiers’ claim as the dominant hegemon in the region and beyond. As the Mali crisis has clearly demonstrated, Algeria is at the epicenter of both the source of jihadist terrorism in the Saharan-Sahelian corridor, but also the only regional power capable of defeating it. Jihadist terrorism in Algeria and beyond is primarily the work of Al-Qaida in the Islamic Maghreb (AQIM), an Algerian offshoot of the Salafist Group for Preaching and Combat (GSPC), which itself derived from the Armed Islamic Group (GIA) that emerged when the Islamic Salvation Army (AIS) put down its arms in the middle 1990s. All these groups are of Algerian origin with AQIM now extending its reach into Mali and the Saharan-Sahelian corridor. During the most bloody period of the Algerian civil war (1992-1997), which left over two hundred thousand people dead, certain analysts accused the Algerian intelligence service (DRS) of being implicated in many of the atrocities committed against Algerian civilians by infiltrating the GIA and using it to pursue the DRS’ policy of “out terrorizing the terrorists.” Simply put, Algiers does not want Rabat to achieve a territorial stature and possible economic power that on shore and off shore oil discoveries could provide that would challenge Algeria’s status as North Africa’s dominant power. This also helps explains Algeria’s two-decade long closing of the land border between the two countries.

It is in this current stalemated, yet potentially explosive environment, that the United States finds itself caught between a rock and a hard place. Both Morocco and Algeria are considered “friends” of the United States, the former of long standing, and the latter more visibly since the 11 September 2001 attacks in the United States. In its continuous effort to combat Al-Qaida-inspired terrorism in Africa, the United States has developed extensive military and intelligence relationships with numerous Maghrebi and sub-Saharan countries, almost all under the umbrella of the US African Command (Africom) headquartered in Stuttgart, Germany. With both Algeria and Morocco, Africom conducts regular joint military exercises including the annual Task Force African Lion with Moroccan forces.  These exercises were suddenly cancelled at the last moment in April 2013 when the Obama Administration initially supported a Security Council resolution extending the mandate for the United Nations Mission for the Referendum in Western Sahara (MINURSO) that now included a human rights observation clause which would require MINURSO to monitor the human rights situation in the Moroccan-controlled Western Sahara. Rabat reacted vehemently to this clause, for which the United States finally withdrew its support, but too late to restart the Africom joint military exercises. Although President Obama called King Mohammed VI afterwards to paper over differences and invite the King to Washington, it is clear that the administration has been unable to effectively balance and functionally reconcile its simultaneous interests in stopping terrorism, resolving territorial disputes, promoting political democracy, and remaining faithful to the principles of national self-determination President Woodrow Wilson first articulated on a global scale.

Given Washington’s other regional priorities in the Middle East, the Persian Gulf, and South Asia, it is unlikely to push the relevant actors to engage in the kind of meaningful dialogue necessary to advance the reconciliation process. Given the inherently domestic political character of the dispute rooted in the autocratic character of both regimes in Rabat and Algiers, the United States will find it nearly impossible to push either actor in any persuasive direction. Central to America’s concern is the region’s terrorist threat, for which it needs the cooperation of both Rabat and Algiers, however compromised that cooperation is, given the primacy of regime interests above all else. For its part, Washington is also concerned about what an independent SADR would look like. If the recent examples of South Sudan, Eritrea, and East Timor serve as any guide, the future of SADR could look particularly bleak both politically and economically. Mohamed Abdelaziz has headed the SADR for nearly four decades in a totally non-democratic manner.

The United States confronts a variety of overt and covert political challenges when dealing with the Western Sahara issue, the essence of which is beyond its control given the centrality of the political dynamics operating in Rabat and Algiers. It seems very unlikely that a recommendation of regime change in both those countries that would usher in genuinely representative and democratic governments to power, ones more willing to resolve regional differences cooperatively and in a more transparent manner, would find any support in Washington today. 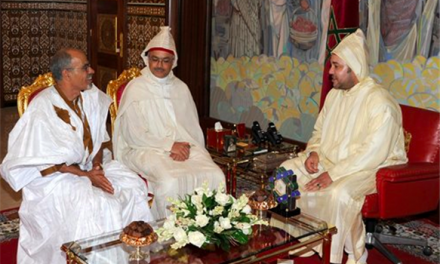 The Cost of Authoritarianism: Beyond Dominant Narratives on the Western Sahara Roundtable 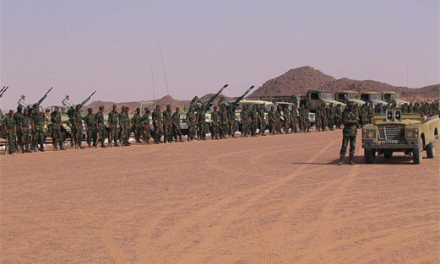 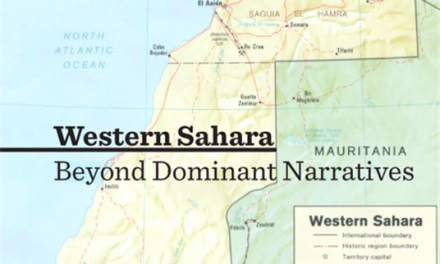 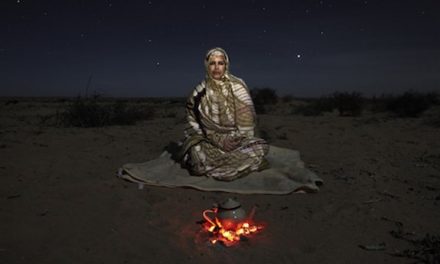