The Radical Potential of Mothering during the Egyptian Revolution 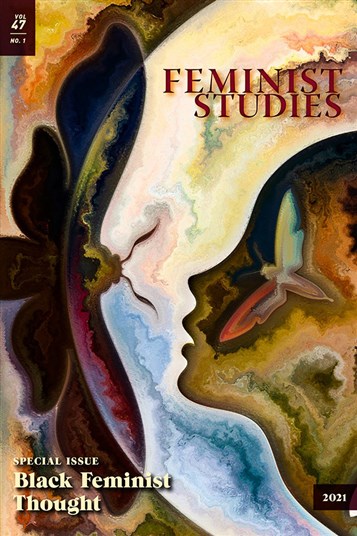 Nadine Naber (NN): I chose to write about leftist women’s activism in Egypt out of my own life history as a leftist activist-scholar, originally from Al-Salt, Jordan, but having lived primarily in the United States. Since the early 1990s, I have been involved in transnational and women of color feminist and gender-nonconforming movements that link anti-imperialist/anti-racist feminist movements in the Arab region and in the United States. These connections were strengthened when I moved to Egypt in 2001 to work as an assistant professor at the American University in Cairo, where I was actively involved in anti-imperialist social movements and scholarship. Since then, I have remained sporadically involved in Egyptian politics by joining protests, meetings, and social gatherings as well as attending and leading workshops over the years. Virtually, I remained connected through social media, phone calls, and email and by writing for Egyptian magazines and newspapers such as Mada Masr and Al Ahram English.

My research on mothering emerged through a partnership with the Women and Memory Forum in 2013 and the project they were co-leading to document women’s activism in Egypt at the time. As I was conducting interviews with women activists and contributing them to their archives, I noticed that practices of mothering gave texture to the participation of my interviewees in the revolution of 2011. My observations also emerged out of my own experiences as a mother-activist who has witnessed the exclusion of people who mother from social movements in the United States given factors like the lack of childcare, adult-only meetings and events, sexism within social movements, and more. However, while mothers and caretakers disproportionately experience the ripple effects of state violence (i.e. society expects them to support children or communities when the regime detains a family member), they tend to envision some of the most expansive, collective possibilities of freedom and liberation that I have ever witnessed. After considering these ideas, I returned to some of my interlocutors to discuss mothering during the eighteen days of the revolution more explicitly.

NN: The article challenges sensationalist depictions of mothering related to the Arab Spring, including those of the repressive Egyptian state, and the revolutionary movements that sought to challenge them. The Mubarak regime attempted to repress resistance through the shaming of activist women, including mothers, by distinguishing between the good woman at home and the bad woman in the streets. Masculinist revolutionary discourse utilized the ultimate heteropatriarchal icon of human suffering, the grieving mother—in this case, the mothers of martyrs brutally killed by the Mubarak regime—and sensationalized the regime’s violence against the people of Egypt. By “unsentimentalizing” mothering and exploring its radical potential within the context of the Egyptian revolution of 2011, this article critiques patriarchal representations, whether pro-regime and traditionally nationalist (mothers as extensions of biological children) or revolutionary nationalist (idealization of the mother of the martyr).

I do this by pursuing two methodological tracks: “Finding the Mothering in the Revolution” (Parts I and II) and “Finding the Revolution in Mothering” (Parts III and IV).  Overall, the essay covers these themes: “Protesting While Mothering”; “Mothering in the Square”; “Activism from the Homefront”; and “Mothering Revolutionary Futures.” Overall, I show how mothering and revolution are not only compatible but also expand the possibilities for liberating our people and societies.

NN: This article continues two key strands of my life work. First, it helped me to continue developing something I have cared deeply about for several decades, “social movement-led research methodologies,” whereby research grows out of the needs and visions of activist communities. Second, it grew out of my commitment to co-creating language for conceptualizing the kinds of feminist activism that, while often obscured, emerge within (and beyond) revolutionary, anti-imperialist, decolonial, and anti-racist social movements in the SWANA region and its diasporas.

NN: I hope anyone interested in feminist activism, the Arab Spring, SWANA feminisms, feminist research methodologies, and radical mothering and care work will read this piece. I hope it will provide a glimmer of hope during this counter-revolutionary moment and as many of us are deeply hurting while watching family members incarcerated, tortured, or even killed as a result of their commitment to a revolutionary democratic future. I also hope it will contribute possibilities for imagining and bringing feminist and gender-nonconforming revolutionary future into being.

By emphasizing and amplifying mothering and carework as a political practice, I hope this article has shed light upon unfinished alternative futures that, while overlooked, have been embedded in the Arab Spring revolutions all along.

NN: I am co-authoring a book called Pedagogies of Radical Mothering with Souzan Naser and Johnaé Strong which reframes anti-imperialist, de-colonial, and abolitionist struggles from the perspective of mother-survivors of US-led imperialism and BIPOC feminist reproductive justice. The book is based upon community-engaged research with four groups of people who are mothering on the frontlines of Chicago-based social movements related to prison abolition; Palestinian liberation; decolonizing Native American land; and immigration justice. Pedagogies contributes theories and praxis for abolishing prisons, border control, and colonization, and for uplifting resistance, care work, and community survival as a way of life. Pedagogies is one component of a broader activist project called Mamas Activating Movements for Abolition and Solidarity (MAMAS), which amplifies the voices of mother-survivors of state violence in media, policy, and activism across Chicagoland.

An excerpt from the article (from the Conclusion, pp. 91-22)

Given that the revolution did not turn out as we hoped it would, there is now an instinct to look at how and why things fell apart. Yet to assume that the eighteen days of the revolution did not amount to anything that endured risks normalizing failure as simply a return to how things were and always will be. It is precisely because there has been a massive backlash in Egypt that there is also a need to refuse the pessimism that so often follows failure. If the possibility for revolution comes again, knowing “what went wrong” the first time will surely be important. But even more crucial, I argue, is a clearer vision for our future, including whose work we will value and the relations, not just of protest but also care, needed to sustain the spirit of revolution for longer next time….

Asserting the radical potential of mothering allows us to recognize how heteropatriarchal concepts and traditional gender norms can be disrupted and how we might imagine an ever-expansive revolution that is not limited to the boundaries of a public square or to a singular notion of the revolutionary actor. The practice of simultaneously protesting and arranging for childcare, for example, blurs heteropatriarchal concepts of what counts as the battlefront and what forms of labor are necessary in order to move a revolution forward…. When everyone—not necessarily biological parents—performed what I have called revolutionary mothering to sustain the Tahrir Square sit-in, we can see the recognition of reproductive labor as both pressing and political…by considering the narratives and experiences of activist women who were mothers during the revolution, this article disrupts many normatively gendered concepts of revolution, from “the radical male hero” to the “woman as symbol of the people.” …When women activists stay home to care for children, their social media activism moves the revolution forward and transforms how radical action takes place, enabling an alternative imagination of where activists can leverage political knowledge and connections to sustain resistance. When women mother future generations together, toward revolution, they reframe mothering from biological responsibility to collective radical pedagogy…. As my interlocutors equip youth with the mindset of revolutionary practice, the future-oriented underpinnings of mothering can be seen. As children and revolutionary mothers envision a new future together, they participate in building a new kind of society and forging new forms of being, both of which are essential to bringing about a revolutionary future. In this sense, the radical potential of mothering during the Egyptian revolution lies in both the rupture that breaks the present and in the careful cultivation of people from every generation who care for others and are themselves cared for at street protests as well as in the home. This article identifies moments of potential, far from fully realized success, but it also suggests that any future revolution needs activist mothering, in all its forms, if it is to survive.