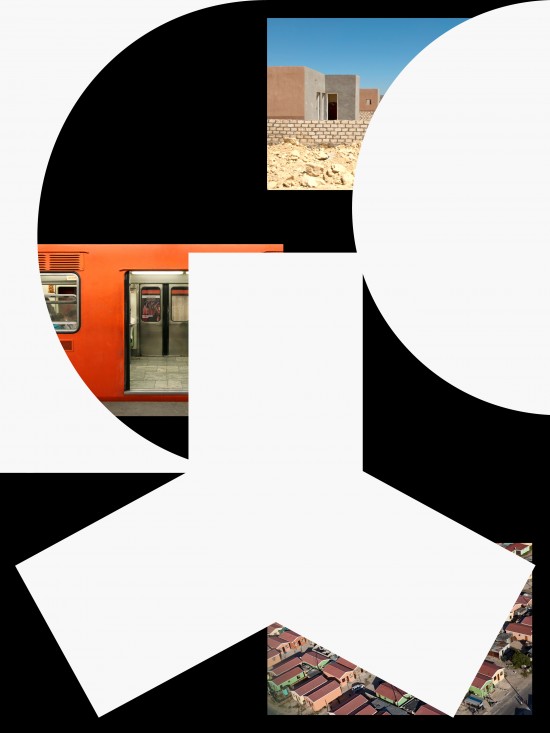 Mahdi Sabbagh (MS) and Meghan McAllister (MM): We began collaborating on a proposal for Perspecta 50: Urban Divides back in 2013, when we were both graduate students at the Yale School of Architecture. We had discussed our mutual experiences and interest in the topic of divided cities—cities that are plagued by what can be experienced as irreconcilable conflict and in which the erection of walls, barriers and domination of one population over another becomes fact of life. We were also a bit disillusioned by the lack of political discussion in architectural academic circles. Our decision to collaborate on a topic for the fiftieth issue of Perspecta came to us very organically once we started to research the legacy of divided cities and saw a need to push for a larger study of spatial inequality, especially at a place like Yale. It was also a fairly personal area of interest for each of us. Mahdi grew up in Jerusalem during the first and second intifadas. Jerusalem was and remains a fragmented city where a significant portion of the population is under siege. Meghan, whose Grandmother is from Belfast, Northern Ireland, grew up with an understanding of ethno-religious division through her family’s lived memory. We were not so interested in simply restating the importance of understanding divided cities, which we had both done throughout our architectural education, but, rather, we wanted to investigate how inequality (unequal access to resources, to space, to prospects) is inherent to urbanism and how it reveals itself spatially. Perhaps if we could better understand how division operated on the ground, we would be able to apply lessons to our architectural and urban planning practices moving forward. It felt timely to revisit spatial inequality: despite a globalized world, our cities are increasingly divided.

MS and MM: Perspecta 50: Urban Divides contains twenty-three essays. We visited a wide array of cities around the world and investigated three major themes: 1) the legacy of the classic divided city (often associated with conflict, such as Belfast, Johannesburg and Jerusalem), 2) gentrification and displacement (in cities such as New York, Los Angeles, Mexico City and Milan), and 3) the proliferation of informality and camp urbanism (in Rio de Janeiro, Dubai, the Dadaab and Dheisheh refugee camps, amongst other places). Through these main themes, parallel topics emerged that further tied together the case studies, such as infrastructure, identity, and public space. The goal was not to provide an extensive or complete survey, but a sampling. We wanted to suggest the possibilities of cross studying and analyzing various inequalities in cities. Of course, some of the case studies fell into two if not three of the themes. We wanted to make it clear that often one cannot discuss gentrification without discussing informality; one cannot discuss the burgeoning of refugee or labor camps without discussing the divided city.

MS and MM: We both had done academic and independent work related to notions of spatial inequality. Meghan spent a summer in Belfast researching how urban design continued to impact socio-spatial division in the “post-conflict” city for her undergraduate thesis. She also worked on installation projects in Hamburg, Germany that brought together immigrant and local communities in a rapidly gentrifying neighborhood. Mahdi worked with the United Nations Relief and Work Agency in the Dheisheh Refugee Camp on a project surveying local community centers and organizations run by Palestinian refugees. He followed his work by developing a thesis project at Yale on social space in Palestinian refugee camps and alternative models of city-making. In many ways, this volume of Perspecta allowed us both to synthesize hypotheses we had developed throughout our work. Both Belfast and Dheisheh were featured: a Belfast piece by City Reparo analyzes how an existing highway continues to impact mobility and access to the city center—perhaps even more than Belfast’s iconic “peace-line” walls; and Dheisheh was presented through the lens of a built project by the Decolonizing Architecture Art Residency for the Campus in Camps organization.

MS and MM: While Perspecta often caters to an architectural academic environment, often limited to English speaking institutions of higher learning in America, we were hoping to broaden our audience by diversifying the voices depicted in the book. We were pleased to work with a truly global contributing body—contributors who often challenged us to expand the topic of urban divides. Through their work and their varied research, we were able to provide clear case studies for ways in which urban divides are truly ubiquitous, visible, and experienced. Although each essay focuses on specific cities, the way in which they each relate to each other makes clear how globally relevant spatial inequality is. As such, perhaps solutions for mitigating or resisting inequality can also be learned globally.

MS and MM: In Perspecta 50, in addition to curating the topics and voices, doing content editing, and putting the book together, we collaborated on a crowdsourced photo essay titled Evidence: Visualizing Urban Divides. We put out a call for photographs and collected roughly 200 photos from people around the world. We wanted to ask “what does inequality look like in your city? How is it experienced in your community?” We found that the response to our call was incredibly positive. When you crowdsource content you often don’t really know what to expect, it is both exciting and incredibly challenging. It forced us to also question and expand our own understanding of urban divides.

In February of this year, we put together an exhibition that show cased all of the photographs collected for the crowdsourced photo essay, including some that we were unable to publish. While compiling the photo essay, we discovered that many of these divisions cannot be captured in one still image—divides are experiential, sequential, temporal. As an experiment, we decided to also collect video footage of different cities from transportation routes. We received footage from twenty-four cities, and then we spliced them together to compare, contrast, and reveal divides that might otherwise go unnoticed.

J: What has the response been to both Perspecta 50 and to your Evidence project?

MS and MM: It has been interesting to see the topic and its relevance to the public evolve over time. We began working on Perspecta 50 in 2014. At the time, some critics in our architectural circles questioned why the topic was still relevant today; they associated it with historically divided cities, such as Berlin, and thought that the discourse had already been exhausted or really belonged in the realm of the social sciences. Then the 2016 U.S. election happened, and the reception to our project also changed. Suddenly, everyone was talking about divides, inequality, and, more literally, walls. Many people asked us how we “anticipated” this kind of political turn. But to us, our topic’s relevance to spatial production is nothing new, especially in communities of color, immigrant communities, and cities dealing with heightened inequality.

The Evidence project was born from our aspiration of reaching a wider audience, and the reception to our first installation was energizing. It was in a public storefront in San Francisco, and many people who attended the event were not familiar with the publication. The videos and photos became an accessible frame for introducing them to the topic and the book. We are hoping for this ongoing project to become a tool and guide for the public to recognize divides in everyday experience, or, at the very least, for it to provoke a few people to look at their own cities in a new way, and it seems like it has already started to do that.

Also, in terms of reception, we cannot forget about the graphic design! We have gotten really positive feedback about the book’s design, and we cannot thank our graphic designers enough. This year, the book was also selected for the Best Danish Book Design. Each issue of Perspecta has a team of graphic design students from the Yale School of Art. Martin Bek, the lead designer, graduated with his MFA in 2016, and continued to work with his colleagues in Copenhagen for another two years, completely pro bono, in their storefront studio, Alexis Mark. Their energy added a lot to the publication. They can visualize the topic and manipulate the graphics in a way that is completely different than how we think as architects.

Excerpt from the Preface:

The network age promises an interconnected world, yet our cities are increasingly divided. Today, inequality dominates the zeitgeist, and societies are looking to architecture to relieve their anxieties: won’t more walls, fences, and gates solve all our problems? If we cannot control the effects of rapid technological change, we overcompensate with obsolete physical barriers. At the same time, global communities, supposedly less fearful of the “other,” are reinforcing urban partition in less obvious ways, often through their own prosperity. Gated communities, private parks, urban office-palaces, speculative luxury towers, and prohibitively expensive cafes are reinforcing inequality and exclusion in the city.

In the public imagination, urban divides are perceived as symptoms of conflict or of a failed society. Berlin, Jerusalem, and Johannesburg quickly come to mind. Yet, urban divides masquerade with architectural finesse in the places we least expect. In reality, it is the undivided city that is fictional: every city is divided, and often not by a simple line.

Perspecta 50 seeks to investigate divides as a wider mechanism of urbanism. In doing so, we explore a variety of questions facing architecture and urbanism today: How has migration due to war and global labor impacted housing and seclusion in the city? In planning for climate change, how does new infrastructure reinforce or resist inequality? How do material and social interchanges blur boundaries between the formal and informal city? How do marginalized groups resist erasure and assert their spatial narrative on the city? In this issue, we combine disparate discourses on spatial inequality, suggesting architectural comparisons that cross social and geographical boundaries. Ultimately, Perspecta 50 invites readers to interrogate the inevitability and ubiquity of urban divides.