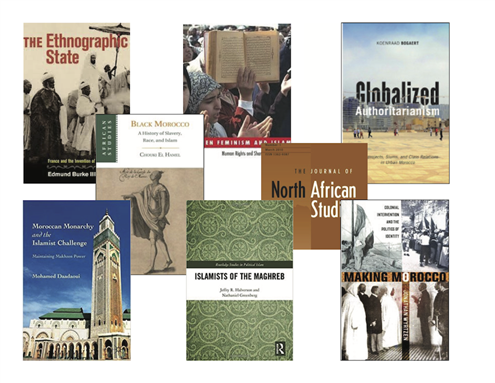 The editors kick off 2019 with a NEWTON Bouquet focusing on Morocco. Morocco has a rich history of popular mobilization, political protest, and has been embroiled in conflict over the Western Sahara. For those reasons and many others, the following NEWTON selections remind us that Morocco, too, has a rich and complex social, economic, and political history that deserves to be explored and studied by students, scholars, and the enthusiasts alike.

1)    Edmund Burke III, The Ethnographic State: France and the Invention of Moroccan Islam

“Ultimately, the French colonial project was deeply dependent upon the hegemony of the discourse on Moroccan Islam.”

“I wrote the book because of a long-standing interest in my own country’s political system and the remarkable longevity of monarchical rule in Morocco.”

“The history of slavery in Morocco cannot be considered separately from the racial terror and horrors of the global practice of slavery.”

“This article engages the work of scholars who examine the intersectionality of neoliberalism and authoritarianism in the Middle East and North Africa, and how these forces have shaped the lives of women…”

5)    Zakia Salime, Between Feminism and Islam: Human Rights and Sharia Law in Morocco

“Mainstream feminist theory…must come to terms with modernist assumptions in order to view the women’s movements in the Middle East beyond a binary of feminism as progress and Islamism as backlash.”

“The fundamental question the book addresses is how four and a half decades…of French and Spanish colonial intervention transformed notions of identity in Moroccan society.”

7)    Jeffry R. Halverson and Nathaniel Greenberg, Islamists of the Maghreb

“[The book] details the way local histories have shaped these Islamist movements, in contrast to the popular assumption that Islamism is simply a strict literalist application of the Quran…”

8)    Isabelle Werenfels, “Beyond Authoritarian Upgrading: The Re-Emergence of Sufi Orders in Maghrebi Politics”

“The article employs an agency-oriented approach that takes into account the key structural constraints and opportunities linked to the social and economic rules of the political games in the contemporary Maghreb.”

“It is a book about globalization, neoliberalism, class, and authoritarian governmentality as much as it is one about Morocco’s recent history of political and economic reform.”